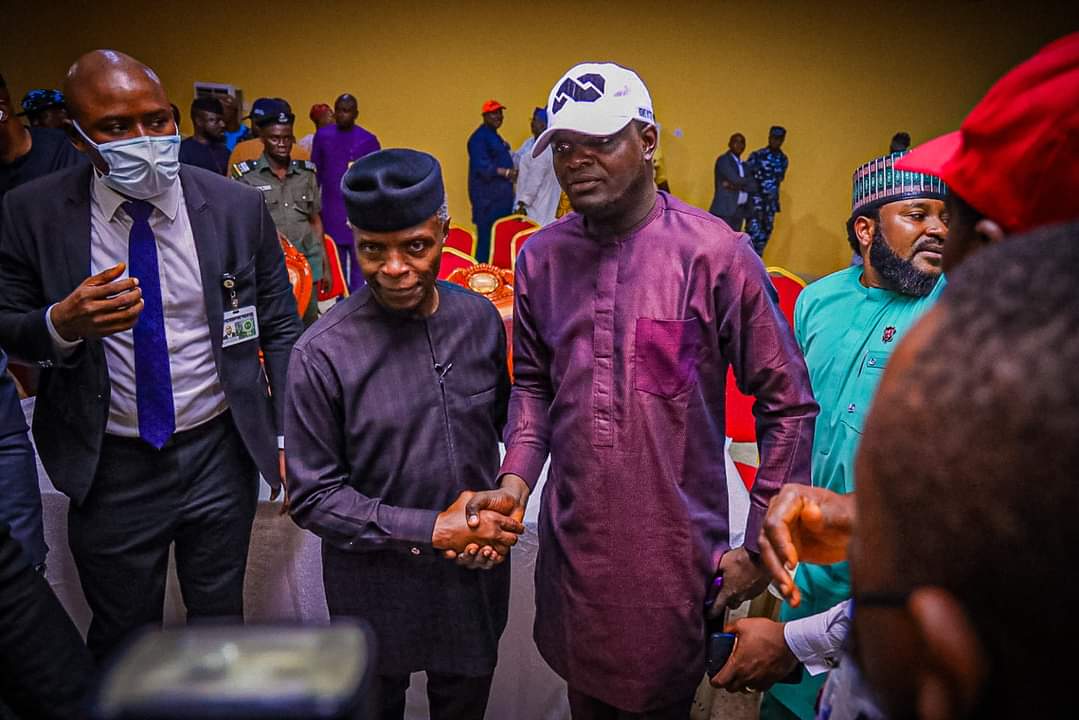 Governor of Osun State, Mr Adegboyega Oyetola was conspicuously absent on Friday when the Vice President and presidential aspirant, Prof Yemi Osinbajo visited the state as part of his ongoing nationwide consultation.

InsightMedia gathered that Oyetola was in Lagos for Vanguard Personality of the Year Award, a programme sources said has “been scheduled earlier before Osinbajo’s got to him.”

The Deputy Governor, Mr Benedict Alabi and Chairman of the All Progressives Congress in Osun State, Prince Gboyega Famodun welcome the Vice President.

Osinbajo, arrived the Osogbo shortly after Jumat service and proceeded to the Palace of Ataoja of Osogbo, Oba Jimoh Oyetunji Olanipekun to pay homage at the traditional ruler.

After meeting with the monarch, the Vice President proceeded to the government house to meet with delegates of the All Progressives Congress.

Some of the delegates were seeing with fez caps and shirts that have symbol of Asiwaju Bola Tinubu.