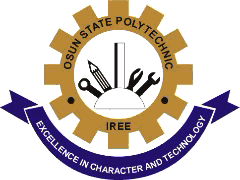 The management of Osun State Polytechnics, Iree has on Thursday expelled not less than fourteen students for protesting the school authority over the deadline for registration.

The students were accused of disrupting the peaceful atmosphere of the school on November 27th, 2017 and involving themselves in violent protest.

The students were not summoned to any disciplinary committee for fair hearing.

When reacting to the incident, Ogunrinade Olaoluwa, popularly know as Comrade Dudu said “We didn’t face any disciplinary committee, they just conclude that we protested against the increments and newly introduced fee, a struggle that was led in collation of all HND 1 class governors” .

He also made it known that Out of 15 departmental governors, 13 was suspended alongside him and the Students’ Union leaders in NANS Osun JCC vows to make sure that the expelled students get back to the campus by making use of the 3C’s formula of Aluta which are Consultation, Consolidation and Confrontation.