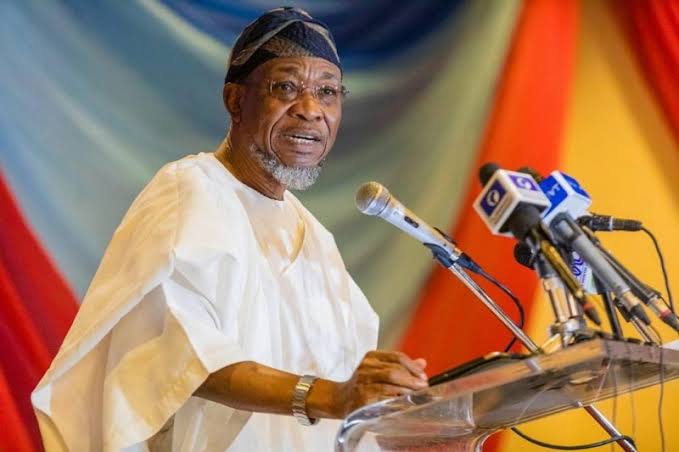 Barely hours to Osun State governorship election, the Osun Progressives, a group within the Osun All Progressives Congress loyal to the Minister of Interior, Ogbeni Rauf Aregbesola has declared support for the APC.

The TOP’s position was contained in a post shared by a former commissioner in the state, Sikiru Ayedun, on Friday.

The group reiterated that it remains a part of the APC despite alleged maltreatment of its members by the Governor Gboyega Oyetola’s administration.

Part of the statement issued by TOP read, “As the Osun Governorship Election comes up tomorrow, we The Osun Progressives (TOP) have been inundated with calls, questions and demands for our position by the media and our supporters and enthusiasts.

“Fundamentally, we are unabashedly democrats of the progressive hue. We live its credo and our entire being is in it.

“Our association, a caucus within the State of Osun All Progressives Congress (APC), was founded last year when we alarmingly saw the direction our party was going. It was like the falcon could no longer hear the falconer. We were filled with trepidation on the tempest long foretold.

“We were at this junction before, in the run-off to the 2003 General election. We feared that history might tragically repeat itself except we acted selflessly and forthrightly. Like-minded members and leaders of the party, therefore, came together to form the group.

“The administration of our leader, Ogbeni Rauf Aregbesola, produced a successor in Alhaji Gboyega Oyetola, against all odds, by snatching victory from the jaws of defeat. We worked hard on the mantra of continuity, the continuation of the giant development strides of the Aregbesola administration, which endeared the party to the people of the state, producing the victory that brought Governor Oyetola into office.

“As a caucus within the party, we have consistently made strident efforts at peace and reconciliation within our party. For this, we have only asked for one condition, which is inclusiveness.

“The State Governor and his henchmen, most regrettably, have turned his office and our party into a zero-sum game. You are either with them or against them. They rejected any idea of inclusiveness. They rebuffed all propositions for peace and reconciliation and not even a Councillorship position was ceded to any other section of the party outside of the Ileri-Oluwa caucus.

“Any party member that is not publicly demonstrating obscene loyalty to the governor and attacking Ogbeni Aregbesola or anyone remotely or directly associated with him is branded an enemy and marked for alienation from government and party offices. Worse still, the independent-minded party members not praise singing the Governor are subject to insidious and malevolent attacks.

“The policy of exclusion in OSUN APC is so deep that Ogbeni Rauf Aregbesola who is the immediate past Governor of the state and the current minister from the state was neither consulted, invited nor included in any party matter, the most recent of which is the APC’s Osun Campaign Council for this election. This posturing has riven the party.

“Nevertheless, we remain unflinching members of our party, the All Progressives Congress and stand by its ideals, irrespective of our travails or even the outcome of tomorrow’s election. We are long-distance runners and will not abandon the ship of our party, in calm or stormy waters.”

Oyetola will be slugging it out with Ademola Adeleke of the People’s Democratic Party and Lasun Yussuff of the Labour Party.

Other top contenders are Akin Ogunbiyi of the Accord, Goke Omigbodun of the Social Democratic Party. Fifteen candidates are in this race.