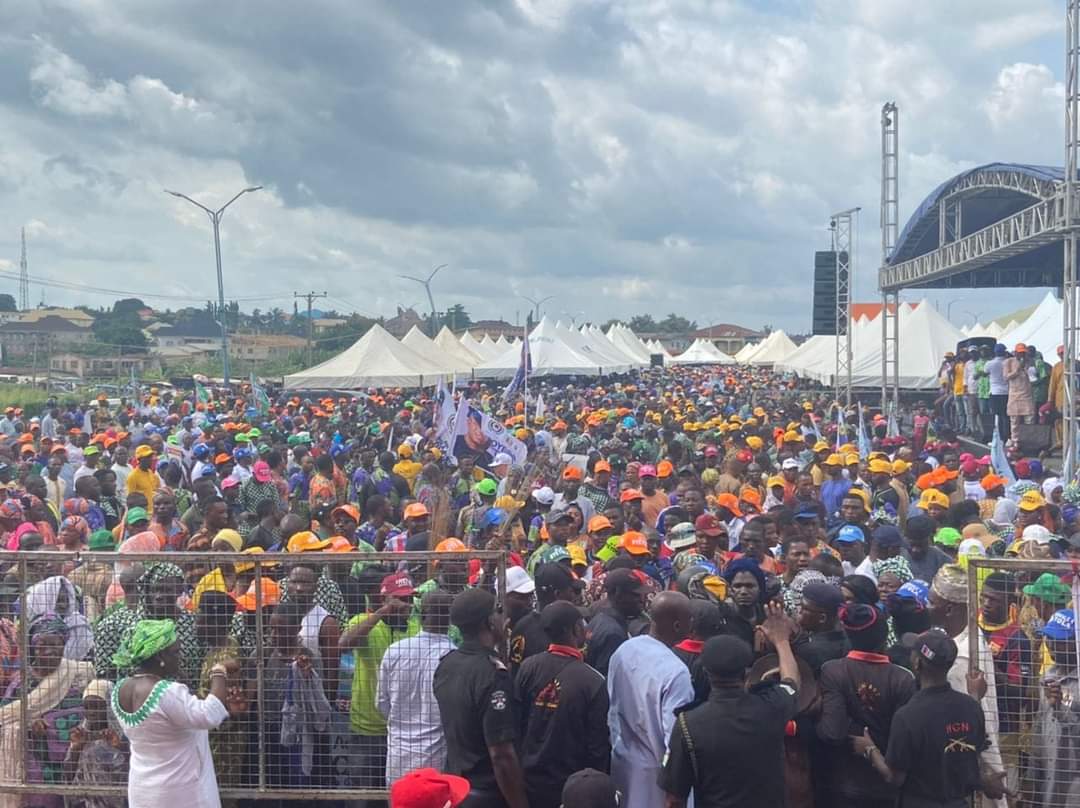 Exactly 18 days to the Osun governorship election, no fewer than  10,000 party members have dumped the Peoples Democratic Party (PDP) for the ruling All Progressives Congress (APC) in Osun state over what they described as outstanding performance of Governor Adegboyega Oyetola since he became governor in 2018.

The defectors included factional Chairman of the party, former running mate of the PDP candidate in the 2018 governorship election, former members of the legislature at state and national level and leaders in the ranks of the party.

Leading the crowd of defectors was Hon. Wale Ojo, factional state chairman of PDP; Hon. Albert Adeogun, running mate to the PDP candidate in the 2018 governorship election in Osun and former Member of the House of Representatives; Ayodele Asalu (Asler), House of Representatives aspirant in Ede Federal Constituency and Soji Ibikunle, a party stalwart.

The defectors whose numbers cut across  different wards, Local Government Areas and Federal Constituencies of the state, were formally received into the ruling party at the Freedom Park, Osogbo, the state capital, on Tuesday, exactly 18 days to Osun’s governorship election.

While receiving the defectors, the National Secretary of the APC, Senator Iyiola Omisore, welcomed the defectors for taking a right decision to join the development train of the progressive government in the State.

Omisore who described their choice as noble and thoughtful said they were back into the family that provides an atmosphere of equality and justice.

According to him: “We have received you wholeheartedly and welcomed you into an atmosphere of equality and justice. We invite you to join hands with us and let us work together for the development of our beloved Osun and our nation”.

Addressing the ecstatic defectors and party faithful, Governor Adegboyega Oyetola commended the new members for taking a bold and decisive step to enhance their political stature, saying that APC is known for fair play.

In his words: “I congratulate our friends and brothers who have made a critical decision for their political careers and fortunes. You have come at the right time and you have nothing to fear. You are already members, there will be no discrimination whatsoever. Senator Omisore is a testimony that our party values people of substance and gives a fair chance to all”.

Speaking on behalf of the defectors, Hon. Wale Ojo attributed their decision to defect to the ruling party to the need to align with a symbol of excellence and progress in Governor Oyetola.

“Joining the opposition in Osun is like joining forces with wasters. Parties that have become serial failures are not worth following for anyone who is serious and driven by excellence. That is why we have come to align with a symbol of excellence and progress in Governor Oyetola”, Ojo said.

Corroborating Ojo’s position, Albert Adeogun, running mate of PDP’s candidate in the 2018 governorship election, lauded Oyetola for bringing stability to the troubled political situation of the state, adding that a vote for Oyetola is a vote for liberation.

“Today, we have come to align with the progressive party to contribute to the great work that is being done. We hail the governor, who in spite of the lean purse of the state has steadied the sinking ship.

“When we belonged to the opposition, we had strong campaign messages against APC, but Oyetola has attended to all those issues and taken away the venom of PDP. Every citizen should be informed and guided that a vote for Oyetola is a vote for liberation”, Adeogun added.

Also, Ayodele Asalu, Soji Ibikunle and Lanre Arogundade, described Oyetola as a faithful and true leader who evidently is in government to serve.

They also lauded Oyetola for what they described as high-impact infrastructural development which their respective local governments have benefitted from.

They described the massive defection as a reflection that even people in the opposition camp are in tune with the reality that progressive family remains the only formidable fold that can deliver good governance in Osun.

According to them, “what is most important in any political foray is for a politician to make the right decision and the right alliance. We congratulate the defectors for making the right choice today and aligning with the right party”.