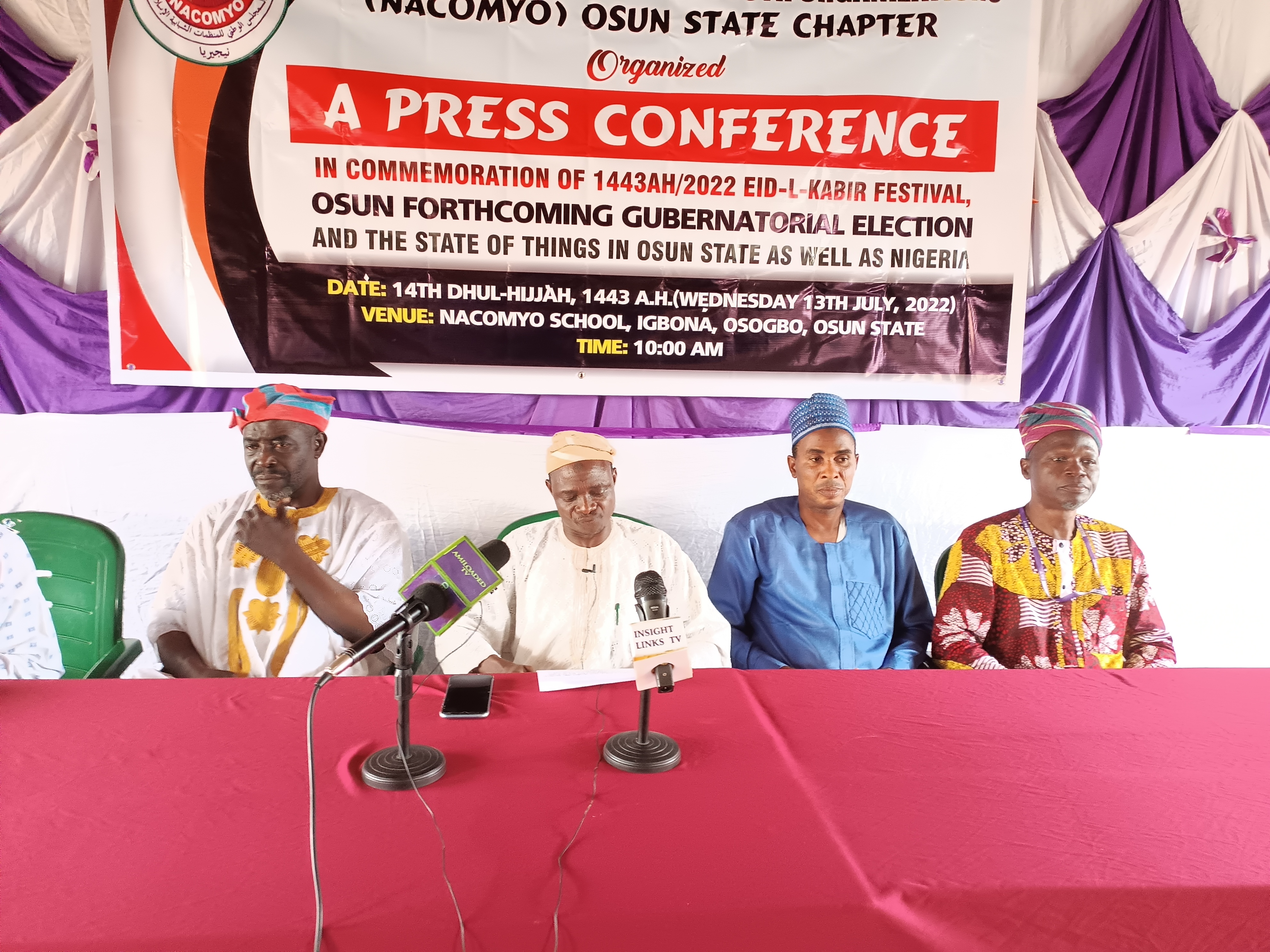 It’s three days to the Osun state governorship election, the time for Osun to decide their future for the next four years is approaching.

The National Council of Muslim Youth Organisations (NACOMYO) has urged Muslim and all electorates in Osun state to perform their Civic responsibility on July 16, 2022, while calling on the Independent National Electoral Commission to ensure level playing ground for all candidates.

During the press briefing in Osogbo, the State capital, State Coordinator of of NACOMYO, Immam Tajudeen Adedokun, called on eligible voters to as a matter of responsibility troop out en mass to participate in the election.

“Every eligible electorates are expected to perform their Civic responsibility of voting for the candidate of their choice by going to the polling station with their permanent voter’s card, present same to the INEC officials, maintain orderliness, obtain the ballot paper and cast votes in the cubicle without interference.

“We call on the INEC, under Residential Electoral Commissioner, Prof. Abdulganiy Raji to please give all the candidates level play ground, conduct peaceful, credible, acceptable and conclusive election.

“We equally appeal to all political parties and their members to comport themselves and inform their followers to shun any act of indiscipline or breaking down of law before, luring and after the announcement of the results.”

While berating the unemployment in the country, the Muslim group appreciated the Governor of Osun State, Alhaji Isiaka Gboyega Oyetola for appointing some teachers in the state, stating that 1000 teachers can not fill “40,000 vacancies”.
The group recommends that Government should appoint religious studies teachers into different schools in the state to tame the moral decadence.

“Vacancies of about 40,000 out of which 1000 was filled in Primary and Secondary schools”

“Gentlemen of the Press, brothers and sisters in Islam, you will all agree with me that unemployed graduates are numerous in this State which is a very dangerous threat to the citizenry. We also brought to the notice that teaching of moral subjects in our schools would drastically reduce indiscipline among the students. Government should appoint religious studies teachers into our schools. This is long overdue as the last set in religious field were employed 16 years ago.”

He also appeal to all political parties and their members to comport themselves and inform their followers to shun any act of indiscipline or breaking down of law before, luring and after the announcement of the results.

“We pray that “July 16″ be a unique day in our dear State” he concluded.