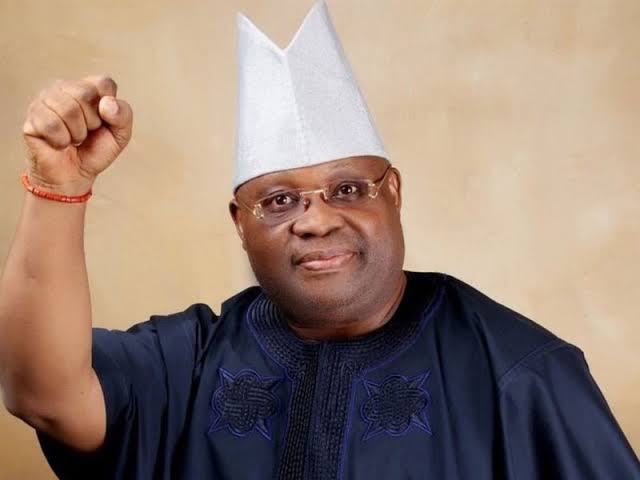 The Ejigbo-born chieftain of the Peoples Democratic Party in the State Engr. Asalu Ayodele David has said commitment and determination among the leaders and members of the PDP are the keys to dislodge the current government of APC in state.

This was contain in his remark today as the state leadership of the Adeleke Women of Substance led Yeyeluwa Dupe Adeleke-Sanni played the host of Engr. Asalu during their monthly meeting.

Engr. Asalu Ayodele David commended the Adeleke Women of Substance, for their relentless roles and selfless service for the growth of the party, and their untiring determination and commitment to the cause of enthroning Senator Ademola Adeleke as the Governor of the state at the next year gubernatorial election.

This he said is worthy of emulation by party leaders and members as the party is having no excuse not to dislodge the current APC government in 2022. He stressed that “women are pivotal to the success of any political party at the poll considering the population strength and ability to lobby, canvass for votes”.

The President of Adeleke Women of Substance Yeyeluwa Dupe Adeleke-Sanni and other members of the group in their separate remarks, appreciate Engr. Ayodele Asalu for identifying with the group. They furthered that, his words of encouragement and assurance of timely supports are motivation to intensify their efforts ahead of the gubernatorial poll.

The meeting came to an end with special prayer for Senator Ademola Adeleke, PDP and Nigeria at large.