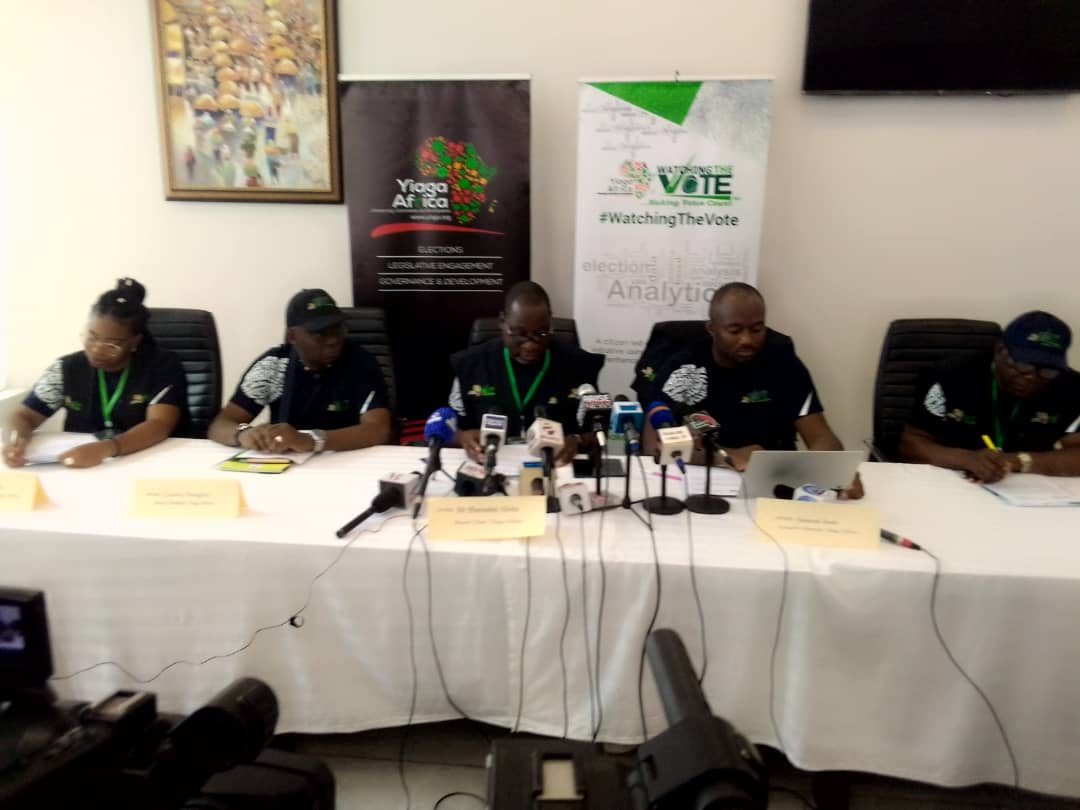 The Osun State gubernatorial election that took place on Saturday, July 16 has been said to said to full of malpractices among which are high level of inducement and compromise of the voters’ cubicles.

This was contained in separate addresses of Dr. Hussaini Abdu who is the Board Chairman of Yiaga Africa and Ene Obi, the Convener of Nigeria Civil Society Situation Room in Osogbo.

YIAGA Africa, an election monitoring body has recommended that the Independent National Electoral Commission (INEC) should uphold the secrecy of ballots in future elections in the country.

Giving the appraisal, Hussaini Abdu, YIAGA Africa Board Chairman added that the electoral umpire should also audit the newly created Polling Units and ensure even distribution of Polling Units.

While observing acts of vote buying in Akinlalu and Iree towns, YIAGA Africa disclosed that information from its observers in the field revealed that voter intimidation by All Progressives Congress (APC) thugs was carried out in Iragbiji.

Referring to the service of security agencies during Saturday’s voting, Abdu recommended that security personnel conduct themselves with civility.

Yiaga also suggested that appropriate sanctions should be imposed for electoral act violation.

According to Ene Obi “The BVAS were deployed according to the number of registered voters. In polling units with over 1,000 voters, INEC kept to its promise to deploy two BVAS machines. The machines functioned credibly well. There were issues with the fingerprint verifications, however the facial capture worked very well recording approximately one minute for accreditation and voting in Osogbo and in outside areas, it took longer.

“There was open negotiation of buying and selling of votes well-coordinated by the polling agents in many of the polling units. There were no complaints from any of them against each other. Codes and coupons were used to extract commitments from voters as opposed to the blatant money exchanging hands observed in the Ekiti State Governorship election.”

The groups however commended the people of the State of Osun for coming out early to cast their votes especially the elderly who waited in queues patiently.

“INEC’s deployment of materials and personnel should also be commended. Vote trading was recorded in most of the areas observed particularly outside Osogbo. As voting continues, we call on all stakeholders to maintain the peaceful atmosphere recorded so far.”