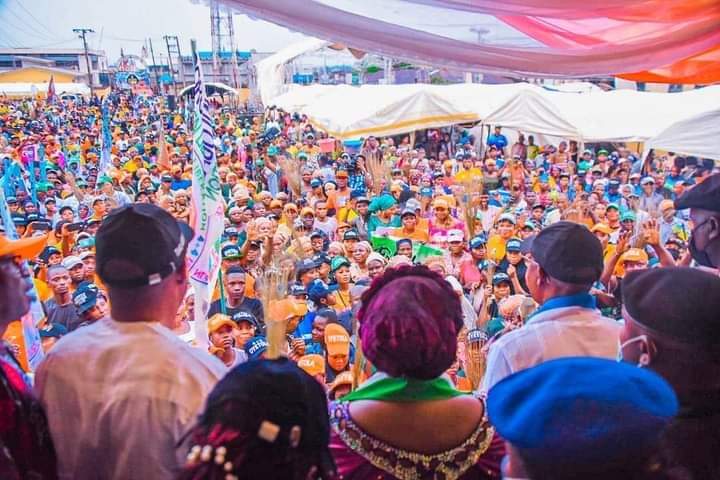 Governor of Osun State, Mr Adegboyega Oyetola has assured electorates that there will be adequate security for everyone before, during and after the election.

The Governor gave the assurance on Wednesday when his reelection campaign train visited the Ibokun, Obokun local government area of the State.

The governor said, “We have been working on adequate security for this election and we will ensure that every life and property are secured before, during and after the election.

“Go out en mass and vote and make sure watch your votes. I believe with this support, we have emerged victorious.”

The governor had earlier visited the Palace of Oba of Ibokun where he addressed all traditional rulers in the local government.

He assured the Monarchs of more infrastructural developments when elected for another term.

Osun State governorship election holds on Saturday, July 16, 2022. Oyetola, who is the candidate of the All Progressives Congress, will be facing Senator Ademola Adeleke of the People’s Democratic Party and 13 other candidates.