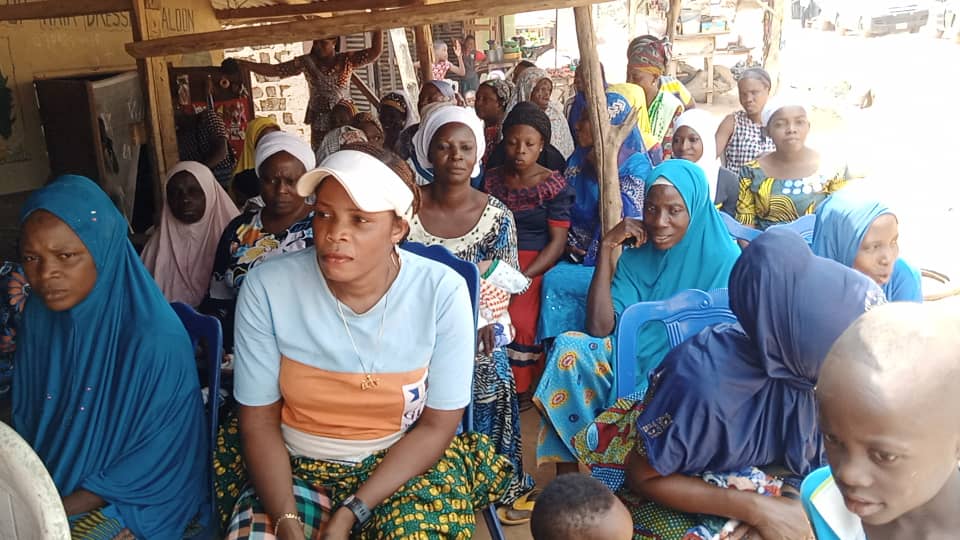 Some members of The Osun Progressives, a group within the All Progressives Congress in Osun State loyal to former Governor Rauf Aregbesola have terminated their association with the group.

The party loyalists, who are from Oriade local government area of the State, said their decision was informed by the need to collectively build and strengthen the APC for future electoral victories and successes.

Speaking on behalf of the TOP members who have returned to the mainstream APC in the State during a meeting in Owena, the TOP leader in the axis, Mr. Oyediran Mikaheel, said they resolved to return to the mainstream of the party structure, having been convinced by the way and manner the leadership of the party has managed their grievances over time.

Mikaheel who posited that over 500 TOP members have renounced their membership in Owena, Ikeji-Arakeji and their surbubs promised to work in unison to ensure victory for the party in the forthcoming governorship election.

He attributed their grievances to the perceived anomalies which he said have been handled and successfully managed in the interest of peace and unity by the leadership of the party.

He declared their readiness to support Governor Adegboyega Oyetola-led Administration in the State, adding that as far as Oriade is concerned, an end has been put to the existence of TOP.

“We are very happy to return home. This is our party. This is where we belong. This is the party that we all built and we can’t afford to allow our house to collapse. We may have misunderstanding and disagreements as brothers, what is important is to resolve whatever that happened between us, that is what we are doing today.

“I was a strong member of TOP in the entire Oriade Local Government, if not beyond, but I thank God today that I have seen good reasons to return to the mainstream party. We left for obvious reasons and we returned in the interest of unity, progress and development of the party.

“We have returned for good. We are solidly behind the party and we are ready to work for its success. As you can see, my followers are here; some have come and gone because of other engagements and those who couldn’t make it here are fully back home.

“I am using this medium to assure our people that no effort will be spared to ensure victory for the party and above all, Governor Oyetola in the forthcoming governorship election in the State”, he assured.

He enjoined the returnees to put the past behind them and forge ahead to build a virile and healthy party in the interest of all.

Receiving the returnees, APC Chairman, Oriade Local Government, Hon. Gbenga Ajewole, commended them for their boldness and sincerity, saying their decision is a pointer to the fact that APC is one and united entity.

He implored the party members to remain resolute and committed to the leadership structure of the party, saying necessary mechanisms have been put in place to ensure that every member of the party benefits in one way or the other.

In his remarks, Governor Adegboyega Oyetola, who was represented by the Commissioner for Culture and Tourism, Dr. Adebisi Obawale, expressed gratitude to the returnees and assured them of equal treatment and opportunity.

He hailed them for their sense of sincerity and love for the party, urging other members of the splinter group to follow suit.

Oyetola said the party and his government were ever ready and open for reconciliation and anything capable of contributing to the growth and development of the party.

He called on the party loyalists across the State to get prepared for the next Saturday party’s governorship primary.

“As you can see, this is the genuineness we are talking about. Our people have shown their commitment to the growth and development of the party with this bold step. I welcome you back home and I am using this medium to tell others that we are open to genuine reconciliation. This is our party, let us build it together.

“We are committed to the growth and development of the State, as you can see in what we have done and the modest achievements we have recorded so far. Let us remain focused and do everything possible to take the party to victory in all we do as loyal party men and women”, he said.

One of the APC chieftains in the Council, Hon. Wahab Adeogun expressed confidence in the ability of the party to sustain the tempo of continuity, saying, “With the return of Mr. Mikaheel and his followers, the house is in order and the coast is clear for the party in the area.

He said: “This is a thing of joy for us to have our former members back home. It is a sign that we are one family and that nothing can divide us. We are ready to cooperate with one another to ensure that our Governor emerges victorious in the next governorship election.”