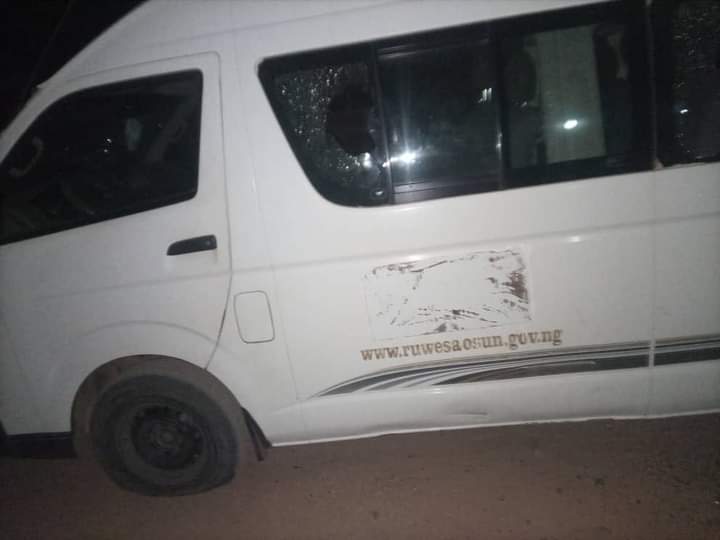 The incident happened shortly after the stakeholders’ meeting held at the party secretariat in Osogbo.

According to eyewitnesses, the occupants of the vehicle were also attacked but their whereabouts remain unknown as at press time.

When contacted, the Chief Press Secretary to Governor Adegboyega Oyetola, Mr. Ismail Omipipan, appealed for calm on the part of party loyalists and supporters of the Government, saying they must not do anything to play into the hands of the enemies, whose major agenda was to find a suitable excuse to taint the credibility of Saturday’s Governorship Primary Election.

He said the Government will do everything within its powers to ensure the security of lives and property of all and and sundry.

Omipidan also called on security agencies to move in immediately with a view to tracking down those responsible for the dastardly act.