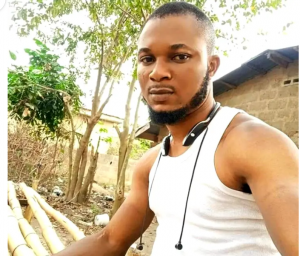 Osun State Police Command, Friday disclosed that it has recovered operational vehicles the dare devil armed robbers used to rob banks in Iree, a community in Boripe Local Government area of the state.

The Armed robbers numbering over 20 on Thursday afternoon, stormed the community, attacked a police division and robbed two commercial banks simultaneously, killing a constanbulary, Abduljelil Dauda during the operation.

The Commissioner of Police, Olawale Olokode while speaking with newsmen in his office, said the four vehicles used by the armed robbers was abandoned after a gun duel ensued between security operatives and the gang.

The incident is the third armed robbery attack on banks in the state in about four months with casualties except in Okuku. The attacks occurred in Okuku, Apomu/Ikire and the recent one in Iree.

Olokode disclosed that the robbers upon sighting police re-enforcement ran for life through Ada road.

The armed robbers numbering about twenty came in commando-like style with about 4 vehicles and simultaneously attacked Iree Divisional Police Headquarters with explosives and several gun firing in an attempt to disorganize, incapacitate and destabilize the police who were in a fierce gun battle with them while robbing two banks simultaneously. The attempt to attack the Police Division Armoury was repelled and thereby unfruitful.

“The robbers on sighting the policemen comprising CP’s Surveillance team, IRT, PRU, Anti-Kidnapping, STS, 39 PMF, JTF along with local security outfits who promptly engaged them in a fierce gun duel took to a flight. The Police therefore, gave the criminals a hot chase, recovered four of the vehicles used for the operation along with some live ammunition and fled to bush with bullet wounds. The robbers carted away certain amount of money, yet to be ascertained from the banks. The Police, jointly with local security outfits have been combing the bushes in a bid to arrest the robbers.

“It is very unfortunate that in the course of the robbery, one Police Special Constabulary, named Dauda Jelili was shot dead while four(4) civilians were injured and receiving treatment in a hospital”.

He added that police would intensify efforts to bring the perpetrators to justice.

Meanwhile the deceased constanbulary, Abduljelil was early hours of Friday buried amidst tears by family and friends in line with Muslim rites.

Jelili, a father of three was, according to his brother, Abdullateef, the breadwinner of the family and worked hard to provide for his two wives.

He sought government assistance toward helping the immediate family, especially in training his three children.