The Osun State chapter of the Beer Sellers Association of Nigeria has declared its support to the re-election bid of Governor Gboyega Oyetola.

The association made the declaration during a visit to the Commissioner for Political Affairs and Intergovernmental Relations, Taiwo Akeju in his office in Osogbo on Wednesday.

The group, led by its Chairman, Alhaji Qudus Tajudeen described the Governor as a gentleman, who has touched several lives and transformed the state. They also called on Governor Oyetola to appoint a Commissioner for enjoyment as part of his cabinet.

Tajudeen said the group is ready to give its all to ensure that the achievements of the Osun Government is propagated, while it’s also ready to support him in 2023.

Tajudeen said, “we are here for a solidarity visit to the state government. We understand that the current administration is performing and as a development-oriented group, we are ready to support the Governor in a his bid to transform the State.

“On his second term bid, we’re to support Oyetola and we wish to declare that we’re supporting him.

“Oyetola is a Governor that has listening ears and what he has achieved in the past are pointers to that.”

In his contribution, another members of the Association, Amoo Olawumi commended Oyetola for “allowing people’s priority to be central of his s Administration. He specifically lauded the governor for the reversal in education policy.

Olawumi called for support of the Government to their association, stating that members of the group will appreciate if treatment given to other artisan groups such as NURTW is given to them too.

“We also demand a Commissioner for enjoyment in the next cabinet.”

The group, which is Association of all beer parlor owners in Osun State, presented a letter to the Governor, containing their demands.

In his reaction, Akeju appreciated the group for their support. He said the Government under Oyetola will continue to make priorities of the people as integral part of its policies.

“The priories and demands of the people are integral to our Administration. Mr Governor appreciates your support and will continue to have listening ears as you have rightly said.

“The achievements of this Administration in the areas of education, health, security, worker’s welfare and infrastructures are made possible because of the commitment of the governor to people’s demands.”

Akeju promised to deliver the letter of demand to the Governor, adding their demands will be attended to. 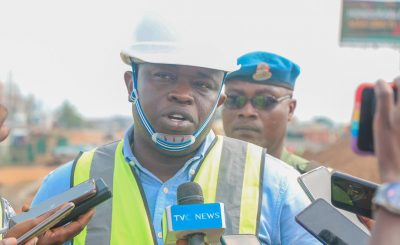