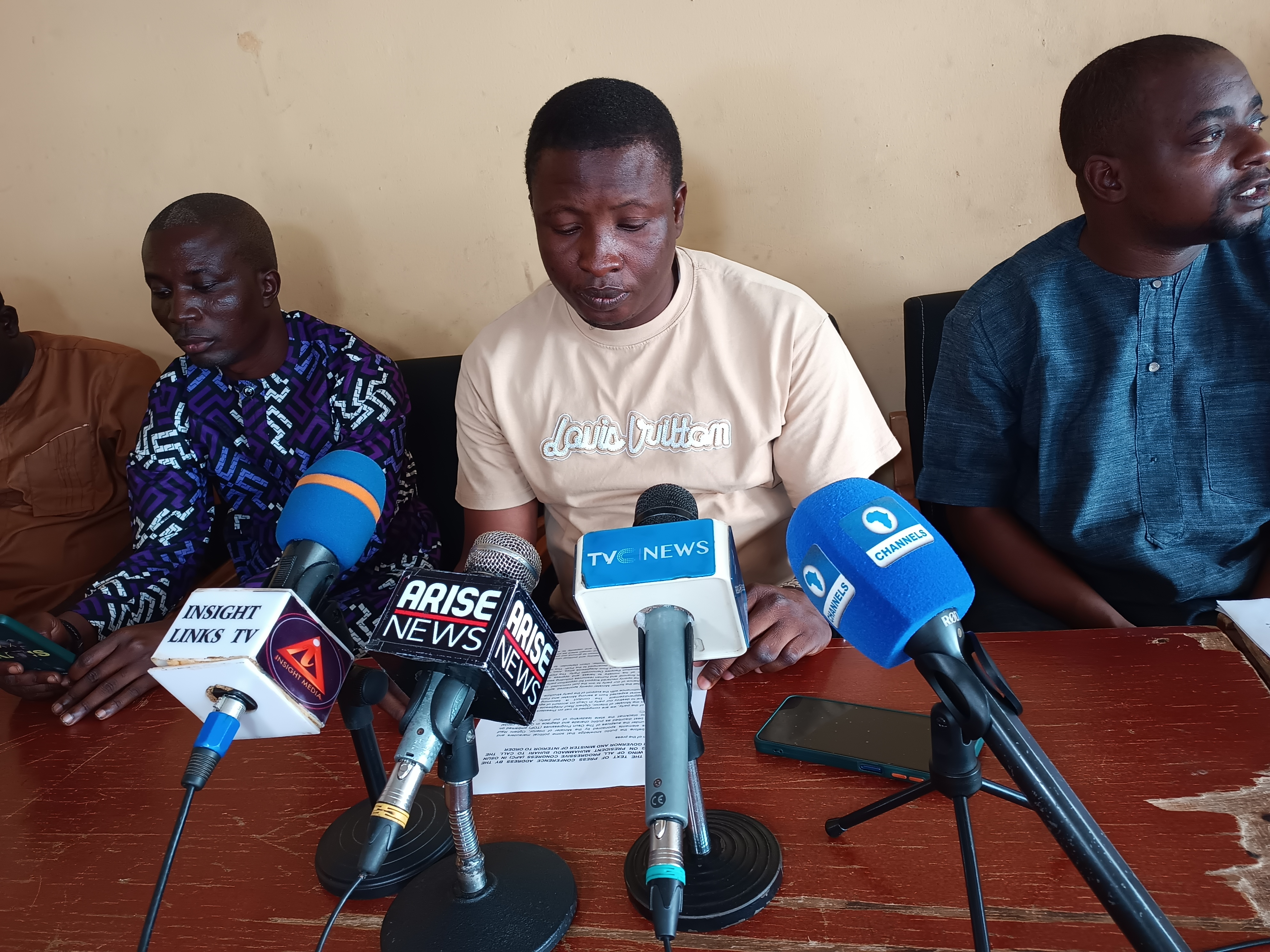 The youth wing of the All Progressives Congress in Osun State has called on President Muhammadu Buhari to immediately call former Governor of Osun and current Minister of Interior, Ogbeni Rauf Aregbesola to order.

The youth made the call on Wednesday during a press conference delivered by the State Youth Leader, Adegoke Akinwemimo in Osogbo, the State capital.

The youth, while reacting to the protest staged by members of the Osun Progressives on Tuesday, described the action of Ogbeni Aregbesola’s allies as a public charade and another attempt to prepare ground for opposition party to win future elections.

The youth also attributed the loss suffered by the APC in the just concluded governorship election in the State to the backlogs of salaries and huge debt incurred by the administration of Former Governor Rauf Aregbesola.

“As youth wing of the party, we are compelled. to call on President Muhammadu Buhari to caution the Minister of Interior, Ogbeni Rauf Aregbesola on his callous and vendetta move to destroy our party in Osun on account of ego tripping and personal self aggrandizement. The conduct is becoming worrisome, retrogressive and worst expected from a serving Minister and Former Governor who have rose to prominence with the support of the party structure.

“Apart from the fact that the former Minister openly sponsored splinter groups to reduce the winning chance of our party to win the just concluded Governorship Election in the state, he openly declared support for opposition party and moved further to mobilise both financial and human resources including security agents under the supervision of his ministry to harass and oppress our teeming members to aid the opposition Peoples Democratic Party. The PDP candidate openly stated the he received support from Aregbesola allies. Also, the leading figures of his splinter group have since decamped to the PDP. This is aside the fact of using his widely uncirculated newsletter, Osun Defender, to attack our party and Governor Gboyega Oyetola.

“Least to say, Rauf Aregbesola has become a liability and political virus to Osun APC with his conduct and appears to be on mission to ground our party in the state in aid of the PDP. At this moment, we can not remain silent as youths who Have strong confidence in the prospects of APC and capacity to win future elections.

“To put the record straight, if there are lead factors that could be explain to have led to our TEMPORARY SETBACK in Osun, it was the backlogs of workers salary liabilities and abyss of debt imposed on Osun State in the second term of the Aregbesola’s administration that nearly strangulated Osun economy if not for the financial ingenuity of the current Governor, Adegboyega Oyetola who has satisfactorily redeemed the image of our party in the state. Opposition party lured unsuspecting members of the public with propaganda to vote for them on the basis of payment of salary backlogs under Aregbesola administration.

“For clarity, the Minister and his allies massively mobilised and voted against our party in the just concluded Governorship election, and openly mocked our party declared loss after July 16th election. For this alone, the Minister and his allies have lost every moral ground to even claim membership of our party, in fact, if it were to be in a saner clime, he ought to have resigned as our party member and relinquish his ministerial position because his heart and soul is no longer with our party. If the minister has any wish for our party, it is total collapse, but he will fail in his sinister mission.”

Also speaking, the Senior Special Assistant to Governor Oyetola on students matters, Comrade Kehinde Ayantunji described the protest held on Tuesday by some members of the Osun Progressives as attempt to hijack party structure through the backdoor.

He said Prince Gboyega Famodun-led State Working Committee “was validly elected and has four years tenure constitutionally guaranteed and can’t be toppled by those who lost at the election and also lost at the High Court in Osogbo.”