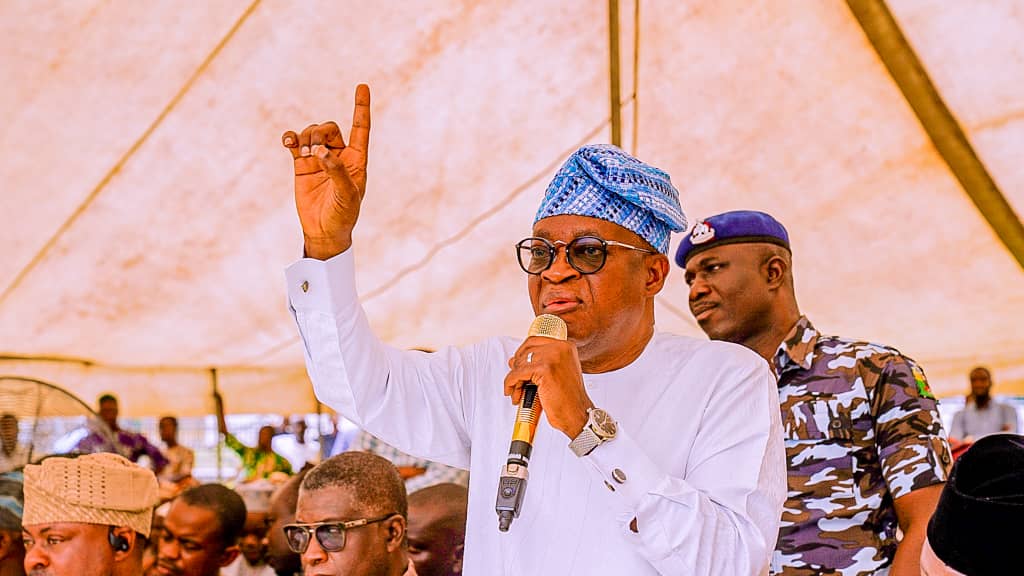 Barely a week after the Osun 2022 governorship election, Governor Adegboyega Oyetola, today, met with members and supporters of the ruling All Progressives Congress, APC.

The meeting which was held at the Government house in osogbo the state capital on Friday, had in attendance party faithful across the all local government in the state.

Governor Oyetola used the medium to charged the APC members and supporters not to allow the outcome of the election cause dissatisfaction and division within the party.
Adding that “the APC remains the ruling party in the State.”

He preached peace and unity among party leaders and members across all levels, from ward to local government to state.

The governor also advised party members who have grievances to channel them to the appropriate quarters and stop expressing them in the social media, in the interest of the party.

He noted as Governor of Osun, that he will continue to govern with fear of God and love of the people, just as he reiterated his commitment to the well-being of the people and development of the State.