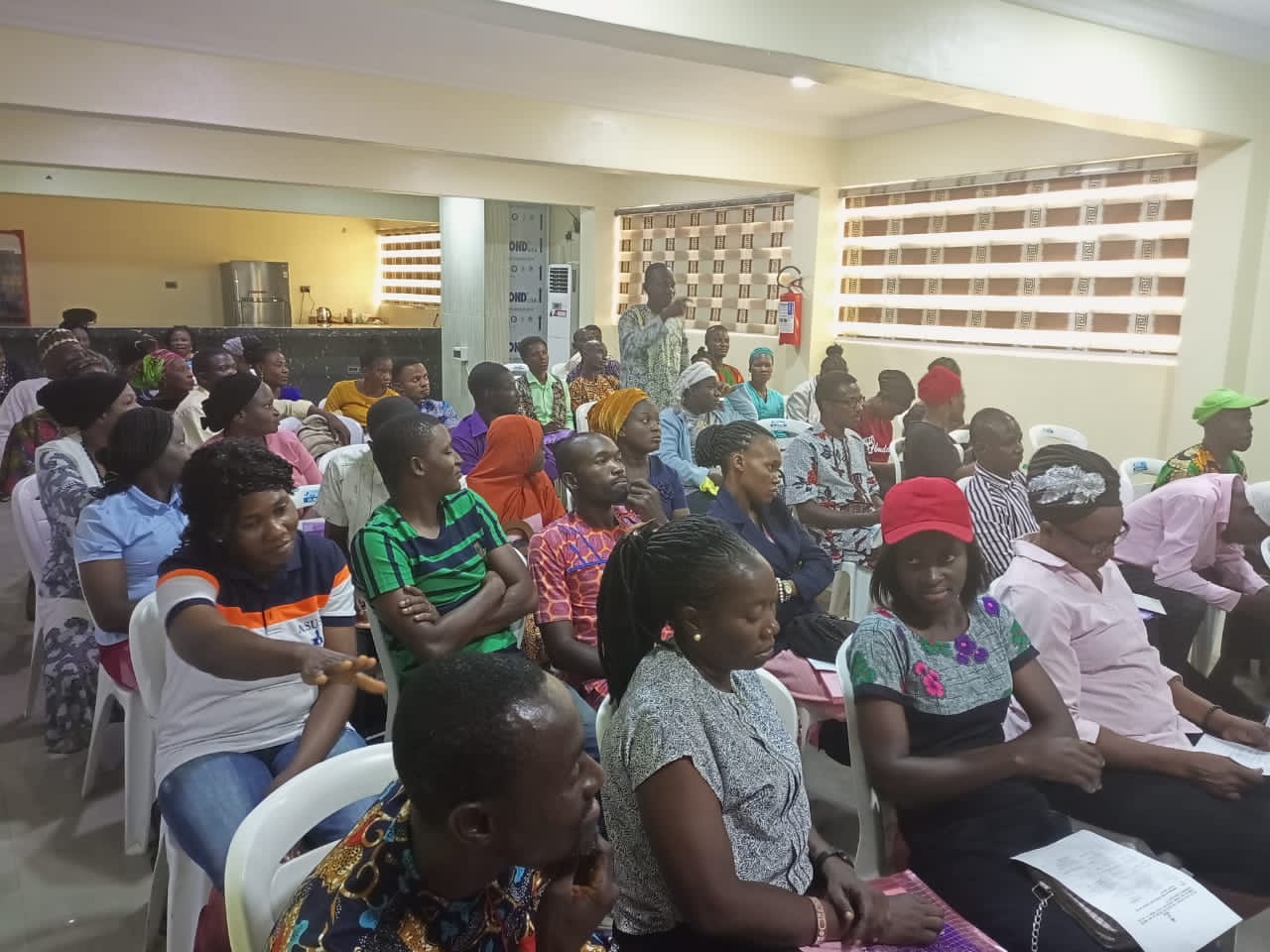 Ahead of Osun Governorship election, the Independent National Electoral Commission on Monday met with Sign Language Interpreters And Hearing Impaired persons to sensitize them on the need to participate actively in the process.

The one-day sensitization was held in Osogbo, the State capital.

The event was to sensitize and educate the hearing impaired/deaf voters towards active participation in the 2022 Osun Governorship Election, slated for Saturday, July 16, 2022.

In his address, Resident Electoral Commissioner, Prof Abdulganiy Raji said that the Commission in the State had had a series of engagements with critical election stakeholders such as Traditional Rulers across all the LGAs, Towns and Villages on their meeting day of the Council of Obas. We had reached out to Religious Leaders on voter education, sensitization and enlightenment and as well interfaced and interacted with the Christian Association of Nigeria(CAN) and Osun State Muslim Community(OSMC) on their Annual Conference of Bishops, Pastors and Evangelists and Imams and Alfas during their monthly meeting respectively.

“Civil Society Organizations(CSOs) Non-Governmental Organizations(NGOs) and Community Based Organizations (CBOs) had also pledged their commitment to assist us in reaching out to youths, women, PWDs, political class,” he added.

Mr Raji quoted the World Health Organisation as reporting that physically challenged people constituted between 10 and 15 per cent of the population of every nation.

”The implication is that if we are 200 million Nigerians, the country has no fewer than 30 million persons with physical challenges.

”So, as a responsive and responsible organisation, we cannot neglect this remarkable portion of our population while taking electoral decisions,” he said.

The INEC official urged members of the group to mobilise other Nigerians with hearing impairments to enable them to exercise their franchise.

Prof AbdulGaniy further his statement that the Commission developed a working document: “INEC Framework on Access and Participation of PWDs in the Electoral Process” and launched it in October 2018, long before the Disability Act was signed into law in January 2019. Ever since then, the Commission has been making efforts geared toward effective and seamless participation of PWDs in elections and other activities. To realize all these, magnifying glasses for persons with low vision and albinism were provided, voter information in braille for persons with visual impairment was produced in the build-up to the 2015 General Election, braille ballot guides and sign language interpreters in all our major events and activities were introduced With this commitment of the Commission, I want to enjoin you all to support INEC in making her vision and mission of capturing all eligible PWDs into the net of the electoral process, not just as participants but elected persons into the key elective/political and appointive offices.