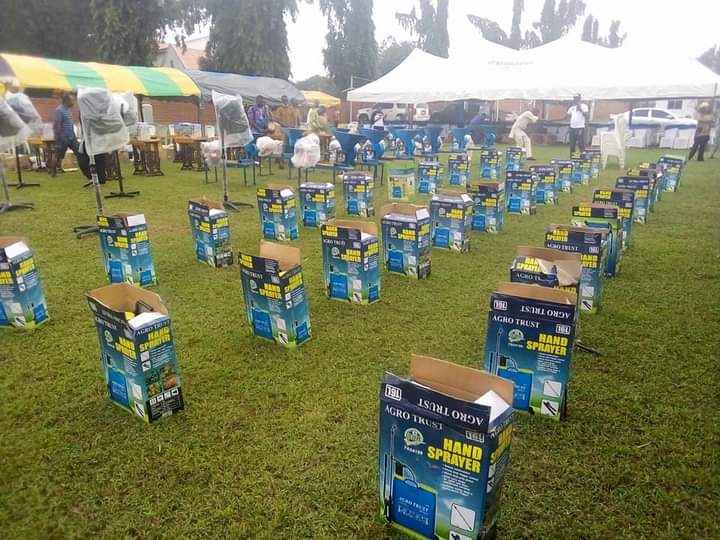 The lawmaker representing Ede South State Constituency in the Osun State House of Assembly, Hon. Olaniran Akanfe Atidade on Wednesday put smiles on the faces of no fewer than 100 of his Constituents as he marked his 40th birthday.

Generators, hair dryers, sewing machines, sprayers, grinding machines and clippers were distributed to beneficiaries in what he tagged the second phase of his Empowerment scheme.

The ceremony was held at the country home of Late Senator Isiaka Adetunji Adeleke in Ede on Wednesday.

Speaking at the event, the Niran Atidade described the empowerment as the best way to thank his Creator for celebrating 40 years in sound health.

The celebrant stated that giving back to his people as a their representative is Paramount to him, adding that more empowerment programmes are still coming their ways, even as the lawmakers in the state assembly have no Constituency project allowance. 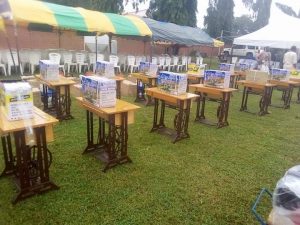 He also added that he’s currently working on three bills that center on education improvement, empowerment and improving the standard of living at rural communities.

Also speaking was that Chairman of the People’s Democratic Party in Osun State, Elder Sunday Akanfe Atidade, who charged the beneficiaries of the Empowerment to ensure they make judicious use of the facilities given to them.

Atidade, who doubles as the father of the celebrant, said the PDP will has demonstrated that it remains the only Party that care for the economic improvement of the masses as it’s the core of its agenda.

The party boss commended the Lawmaker, urging him to continue to give back to his Constituents. 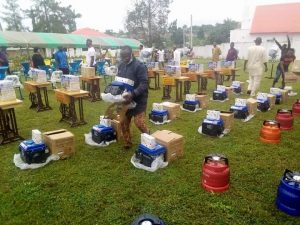 Some of the beneficiaries expressed their joy, stating that the equipment will boost their businesses.

JUST IN: Read Oyetola’s address on Saturday’s incident during #EndSARS in Osogbo