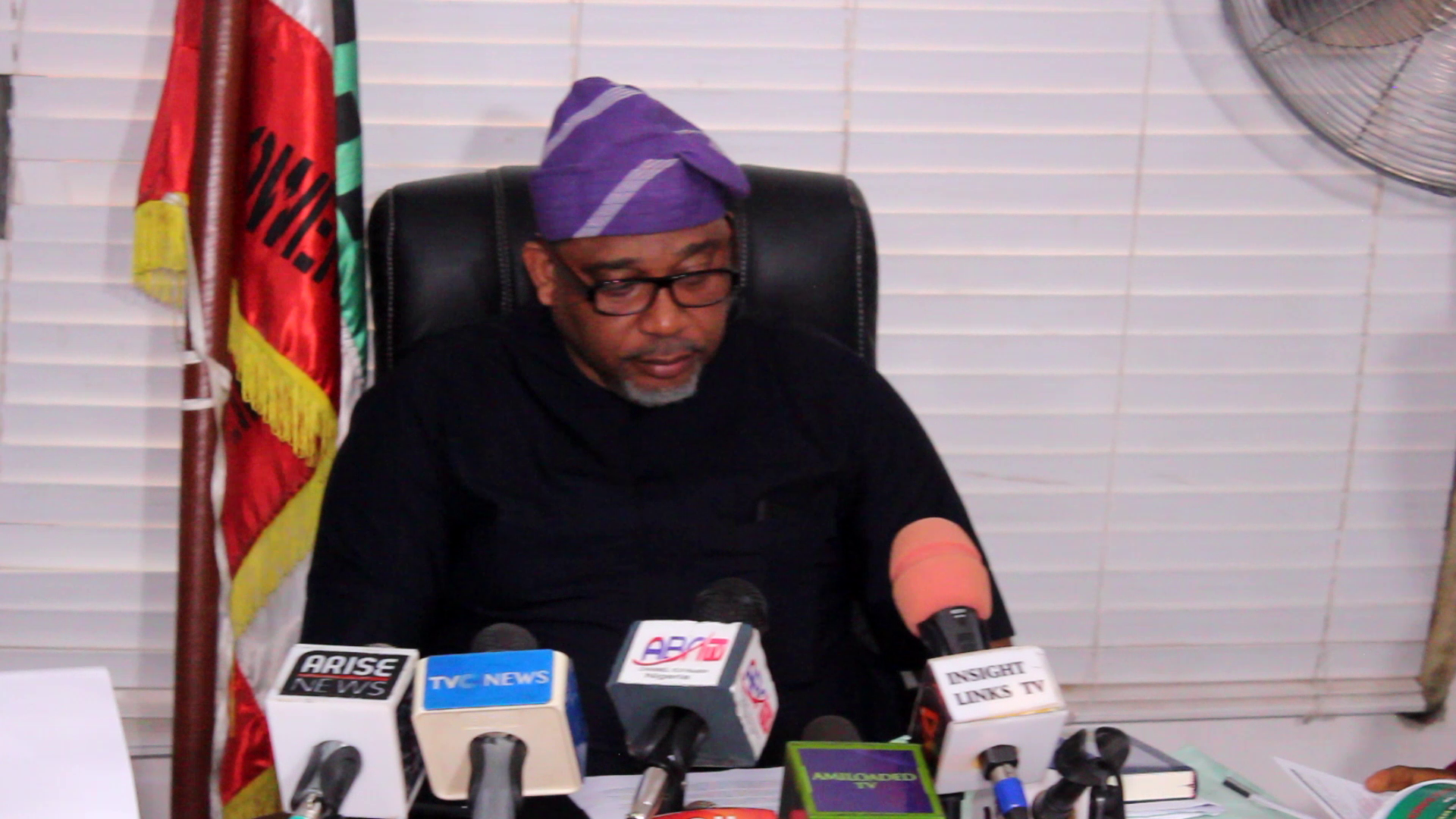 The Osun State chapter of the People’s Democratic Party has alleged Governor Adegboyega Oyetola of denying them approval to use any of the State facilities for their mega rally.

The party made this claim on Wednesday at a press briefing jointly addressed by the State Caretaker Chairman, Dr Adekunle Akindele and the Chairman of Senator Ademola Adeleke campaign organization, Prof Wale Oladipo.

The Party said all efforts to officially request for the use of either Osogbo township stadium or Nelson Mandela Freedom Park have been declined by the State government.

The party said, “As expected, our party in the state alongside the national campaign council is prepared to cap the statewide campaigns with a mega rally slated for next week. But to our dismay, the state government under the watch of Alhaji Gboyega Oyetola has declined to approve the use of venues formally sought for the rally.

“All efforts to make Alhaji Oyetola led Government come to the realistic terms of the fact that government properties in Osun State belong to the people of the state, has fallen on deaf hears.

“It is absurd that a state governor hired as a tenured custodian of state infrastructures would have such effrontery as to arrogate and administer the properties as personal estates. This to us, is strange in a fledging democracy as ours.

“We want to say we have options as stakeholders in the affairs of Osun State to hold the rally but the state government also have option to be reasonable in managing the state at a time like this, to avoid unnecessary chaos.”

The party insisted that its mega rally will however hold in Osogbo at a date to be announced soon.

Speaking on the attack that happened on Tuesday in Osogbo, the PDP it takes serious exception to the yesterday’s unprovoked attack on our members on their way to the palace of the traditional ruler of Osogbo land, His Imperial Majesty, Oba Jimoh Olanipekun, Larooye 11, in solidarity with our Governorship Candidate, Senator Ademola Jackson Nurudeen Adeleke as he paid homage to the Monarch in continuation of our party’s statewide campaigns.

“Our party condemn in totality, the brutal attack on the innocent party members and the attendant venom of insults being poured on the respected Monarch.

“Such desecration of a prominent traditional stool in Yoruba land is despicable to say the least. Our party calls on Security agents in the state to bring perpetrators of the attack to book, so as to forestall reoccurrence of such dastardly act.”

In his reaction the Director General of Adegboyega Oyetola Campaigns Council, Senator Ajibola described the opposition party as “peddlers of falsehoods.

Basiru challenged PDP to name its members that where attacked, stating that only an APC member was attacked by “PDP thugs”.

He said, “Sadly, they are not only attacking our members, but also descending on security operatives. Just yesterday, a group of masked PDP hoodlums attacked some personnel of the Amotekun Corps at their office in Isale-Osun, Osogbo. The thugs who reportedly came with a branded PDP Sienna vehicle, wielded guns, cutlasses and inflicted injuries on the Amotekun personnel.

“It is, therefore, a blatant falsehood to claim that there was an attack at the palace of Ataoja. There was nothing of such. As a matter of fact, it was the PDP that attacked Bolaji Jimoh, a Caretaker chairman of Osogbo South LCDA. The attack forced her to run for her dear life to seek refuge in the office of Amotekun. The PDP thugs followed her there and in the process attacked Amotekun office. It was unfortunate that our revered Ataoja reacted on the situation without investigation. He allowed himself to be misused by the PDP.

“Let me also add here that as a Government we have tremendous respect for the traditional institution. If the PDP is not lying and is serious about its allegations, it should give us the name and particulars of the government officials allegedly threatening the traditional rulers or shut their mouth. Let me however reiterate here that the allegation is a figment of their imagination. They are known peddlers of falsehood.”