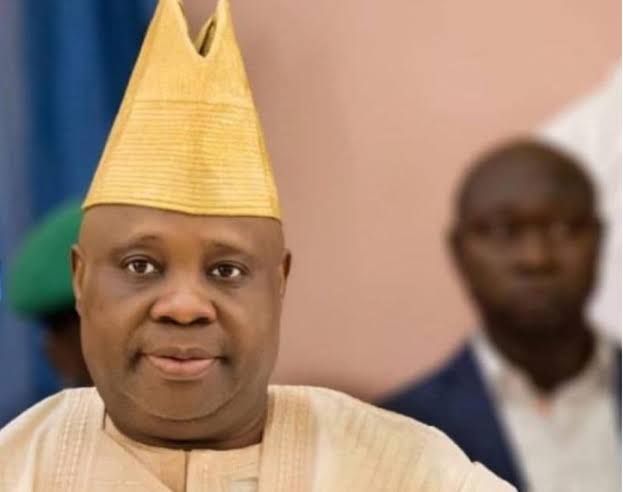 The Osun State chapter of the People’s Democratic Party, PDP, has reacted to the viral rumour alleging that Mrs Dupe Adeleke-Sanni, elder sister of Governor Ademola Adeleke slapped an officer of the Department of State Security.

The party in a statement by its Director of Media, Oladele Bamiji denied the allegation, describing it as rudderless and in severe pain over its loss of power by the All Progressives Congress.

According to a statement obtained by InsightMedia in Osogbo on Monday, Bamiji accuses the APC lying against Adeleke, stating that “at no point did any member of Adeleke assaulted a security officer.”

“It is worrisome to note that having consistently failed in governance as evident in the shambolic state it left Osun state, the APC is going about its opposition role in similar manner. In a sane society, the APC should be apologizing to Osun people for the ruins it wrought on the state, not the shameful lie expedition it is currently on.

“Osun people will not forget in a hurry how a thriving state was thrown into a generational debt, hence, the resort to distract the people with bareface concoction on the security details around Governor Adeleke. In fact, it goes to reinforce the impression of Osun people that the APC is an assemblage of people, whose only objective is to lie, loot and destroy the state.

“We like to emphasize that at no point did Governor Adeleke or any member of his family physically assaulted any security details attached to them. The truth, which can be easily verified from security personnel around him, is the kind hospitality and respect the Governor and his family have accorded them.

“Only those with cheap mind-set, as the Osun APC extensively demonstrated, will ever entertain the thought of a respected family as the Adeleke will abuse security operatives. We want to reiterate the position of the State Government that the alleged withdrawal of DSS personnel from Governor Adeleke has nothing to do with him or any member of his family, but a minor disagreement with the Police, which is being handled by the appropriate authorities.

“We call on Osun people to dismiss in its entirety, the insinuations of the APC as a clever plot to distract them from the questions of accountability posed to it by the Adeleke administration.”