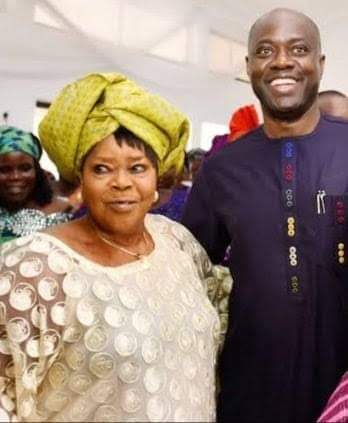 The People’s Democratic Party in Osun State has described the death of Mrs Abigail Makinde, the mother of Oyo State Governor, Seyi Makinde as national loss.

The party in a statement by its acting Chairman, Sunday Bisi on Friday, said it received the new of Mama Makinde’s death with a shock but took solace in the fact that she lived a fulfilled life.

The statement reads, “We received news of the of death of the mother of our indefatigable governor of Oyo state, Engr Seyi Makinde, Mama Abigail Makinde, with shock and heart of gratitude at the same time.

“We were shocked because though, mama was enriched with fruitful old age, but we felt she should be around as pivotal pillar of support for his son, the Governor of Oyo State. We are however grateful to God for the life of fulfillment mama lived as a mother and an immutable community leader.

“It is most gratifying that mama died fulfilled as a mother of roundly accomplished children and it is our belief that it only pleased God almighty to spirit her away from us at this time for eternal sainthood with her creator.

“On behalf of our leaders, State Working Committee and entire members of our great party, the PDP in Osun State, I pray God to grant Governor Seyi Makinde and the entire family mama left behind, the fortitude to bear her demise at this time.”