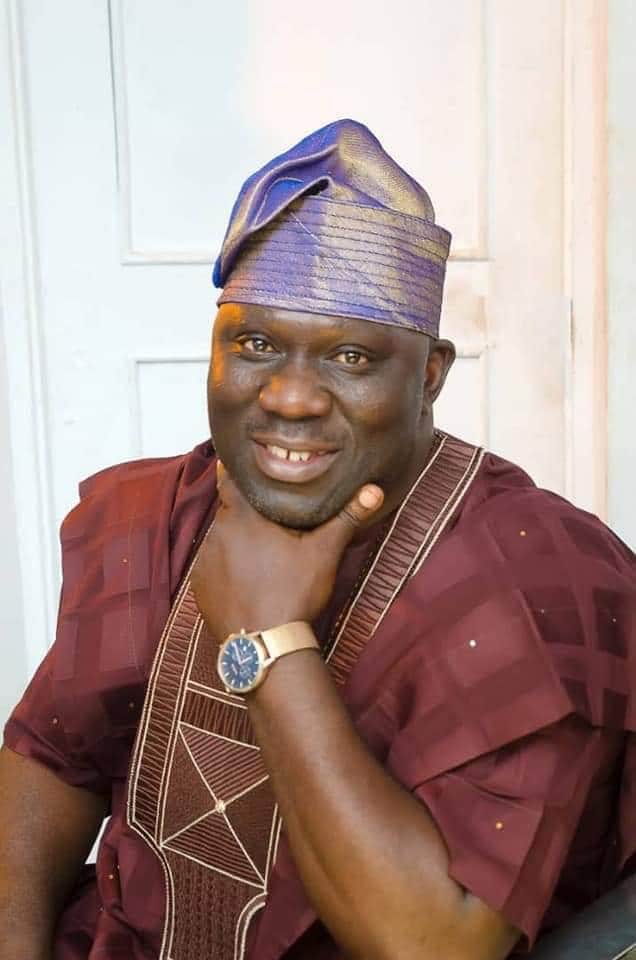 A Chieftain of the People’s Democratic Party in Osun State, Hon. Ibukun Ishola Fadipe has denied a report in the media that he’s nursing ambition of state chairman of the party.

Fadipe described the report which said there’s a crack in the camp of Dr Deji Adeleke as a “junk lie emanated from enemies”.

He wrote, “Naturally I would have just ignored the junk lie emanated from the enemies of my cordial relationship with the Ede born philanthropist, Dr Deji Adeleke but I thought I needed to clear the air on it so as stop the marauders from feeding the innocent members of the public wrong information about our intimacy.

“To set the record straight, there had never been a day that I personally nursed the ambition of becoming the substantive Chairman of our party, i have said it several times on every platform that this issue has been discussed that I Hon fadipe Ibukun dont have intention of becoming the PDP party chairman in the State even though a group of Elders in the party wished that since Hon Soji Adagunodo whom the National Working Committee (NWC) of our party asked to step aside due to the allegations of malfeasance, maladministration and anti-party activities levelled against him wherein Hon Sunday Akanfe Atidade has been constitutionally performing in acting capacity.

“As at now the issue of who becomes the substantive Chairman of our party in the State is not the priority as everything has its own time. Therefore, I humbly implore the members of the public to please disregard such news as a pure thought of the enemies within and outside of our party and regard it as a lie from the pit of hell.

“Obviously, I’m sure some people are not happy with the level of progress witnessed of recent by the PDP in the State, therefore looking for a means of causing crisis where none exists. My relationship with the Adeleke dynasty stands firm and there’s no crack in our camp as rumour .

“The relationship I shared with the Adelekes is more than politics and DR deji Adeleke is like a father to me ,there is no meeting held at ileife between me and anybody for about two weeks now have been busy with my personal life , I pray for the progress of our party.”