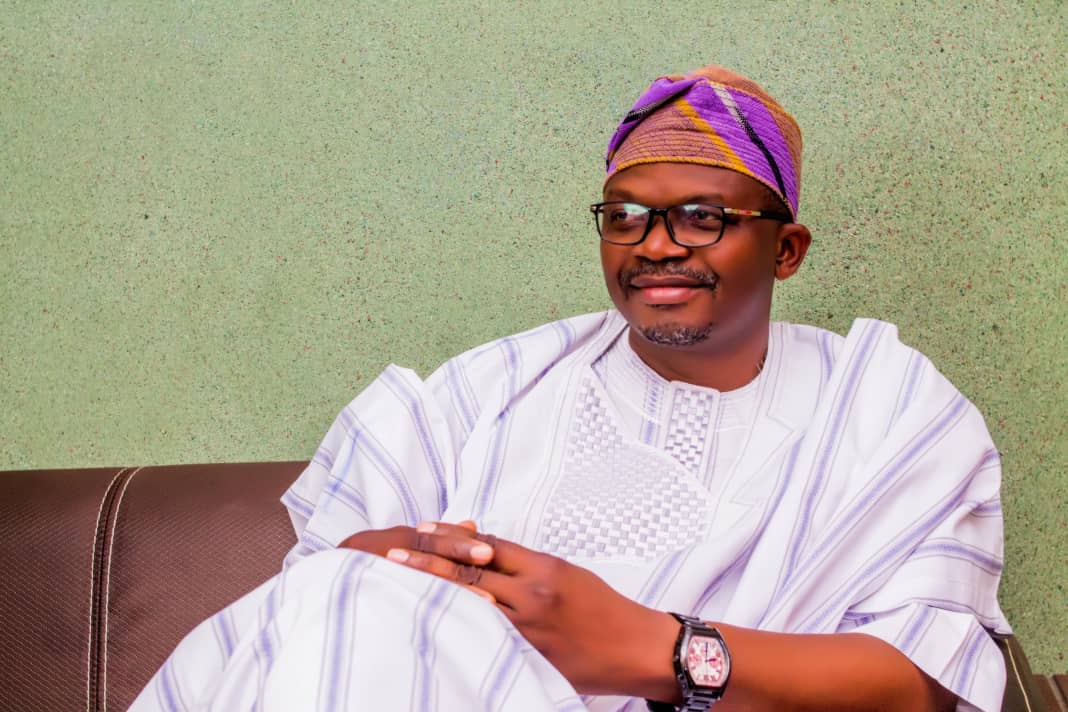 The APC Senatorial candidate in Osun East senatorial district in the postponed presidential/national assembly elections, Hon. Ajibola Israel Famurewa has alleged threat to the lives of the people of eight villages in Atakumosa East local government of the state of Osun by thugs loyal to the PDP and one Chief Francis Fadahunsi, the PDP candidate.

Famurewa, a serving member of the House of Representative representing Ijesa South federal constituency and the Director General of the campaign organization of the incumbent governor of the state, Gboyega Oyetola made this known when he led party leaders and other APC candidates to address a press conference on the security challenges of his zone after a meeting with the commissioner of police, Abiodun Ige at the state headquarters in Osogbo, the state capital.

It was authoritatively reported that residents of Iwara, Olowu, Atorin, Ifewara, Temidayo, Tobalase, Lapaide and Faforiji communities in Atakunmosa East Local Government of Osun state were on Thursday thrown into confusion when gunmen suspected to be armed political thugs attacked villagers in the build up to postponed Saturday elections.

In the attack which was said to have occurred around 11:30pm, on Thursday evening, where an eleven years old girl, Rukayat Balogun was shot in the leg by the suspected political thugs who invaded Iwara village and searched indiscriminately all the houses in the affected community. It was learnt that the mother of the victim, Mrs Fasilat is an active APC member and a food vendor in the O – Meal school feeding programme of the ruling government of Oyetola.

Famurewa who expressed worries about the influx of thugs into the villages said for over a week now, the suspected thugs have been terrorizing people of the areas especially the supporters of the All Progressives Congress APC, mainly because Atakunmosa East was won convincingly by the APC in the last gubernatorial election despite the huge financial inducements by the PDP.

According to him, a team of thugs led by Sanya Omirin and Folorunsho Aderibigbe popularly known as “Serere” searched, ransacked every household and started unleashing terror on houses accommodating APC supporters.

“The thugs were said to have been armed with dangerous weapons like guns, axes and charms were moving around freely for four hours which the operation lasted. The mother of the eleven years old girl who is currently receiving treatment in the Wesley Guild hospital Ilesa also confirmed that Serere led the gangsters to her house when the honourable minister of health, Prof. Isaac Adewole paid an unscheduled visit on the recuperating girl whose leg was strayed with bullets.

“I have told Chief Fadahunsi times without number to desist from nurturing thugs. The information at my disposal indicates that Chief Fadahunsi bought and imported 100 guns (60 AK47 and 40 pump actions) into Osun. I told him to his face that election is not a do or die affair.

“Members of the public will recollect this was the same approach Fadahunsi employed in 2015 when he personally led thugs into sporadic shooting against citizens where a life was lost in the ugly incident.

While calling on the Police to swing into action and ensure the perpetrators are arrested, investigated and brought into book to face the full wrath of justice, Famurewa accused the DPO in charge of Iperindo division, saying he is conniving with PDP thugs to unleash terror on his supporters.

Other leaders on his entourage, which included Chief Adebiyi Adelowo, Hon. Lawrence Ayeni, Hon. Wale Adedoyin also advised the Commissioner of police to transfer all the DPOs in Ijesaland to forestall total breakdown of law and order.

In their words, “Though we have appealed to our members and supporters to remain calm in the face of provocation, but let it be known that we are resolute in our determination to resist violence and intimidation in our land”, they concluded.