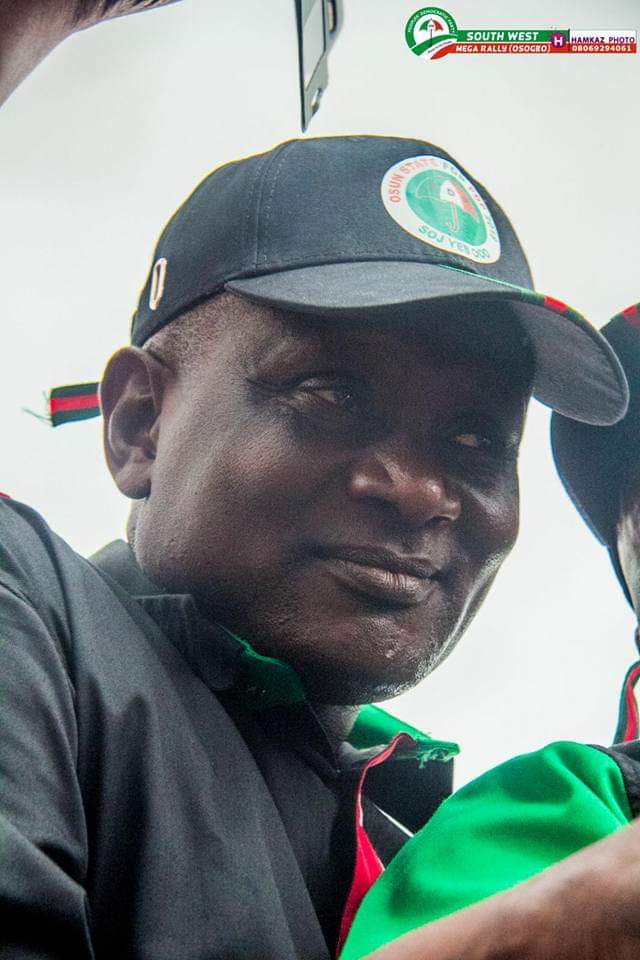 The Osun State Chapter of the People’s Democratic Party, PDP, has alleged the suspended Chairman, Hon. Soji Adagunodo of financial mismanagement, calling on him to account for hundreds of millions of naira that allegedly disappeared in the party’s account.

Elder Sunday Akanfe Atidade, the Acting Chairman of the party revealed this during a press conference in Osogbo on Thursday, June 18.

Akanfe, flanked by other members of the State Working Committee, said the suspended Chairman has refused to comply with the directives of the National Working Committee of the party that ordered him to hand over the party affairs to him, hence the need for the SWC in consultation with other stakeholders to obtain the statement of the accounts of the party from Sterling and First City Monument Banks.

According to him, the banks accounts revealed that Adagunodo has spent a huge amount of money with no receipt, voucher and no approval.

“For this purpose, a reputable firm of auditors and financial investigators was engaged, and it was discovered by the auditors that an amount of money running into hundreds of millions of naira could not be accounted for as there were no vouchers, no receipts, no budget and most especially no resolution of the State Working Committee to back up those financial dealings.

Akanfe added that a letter has been forwarded to the embattled chairman to come and explain his financial records within two weeks.

He said, “To this effect, a letter has been sent to the suspended chairman alongside the audit report, asking him for explanation. This is fair hearing in our opinion and in line with the principle of accountability.”

Akanfe also cleared the air that the party is not in crisis. He said, “I state it again that in Osun State chapter of the PDP, we have no crisis, as you can see, the entire State Working Committee, State Officers and major stakeholders of our party are here with us at this press conference.”

The party also revealed that it has constitued a 15-man committee to gather members’ opinions on participation in the local government election.

“I wish to state that the State Working Committee under my leadership has taken some far reaching decisions in recent times. We have resolved to register with OSSIEC and we have set up a 15-man committee headed by the resourceful and experienced leader of our party Dr. Bayo Faforiji, a former Chairman and former Commissioner in Osun State to gather opinions of members of our great party and come up with recommendations regarding the forthcoming Local Government elections in Osun State.”