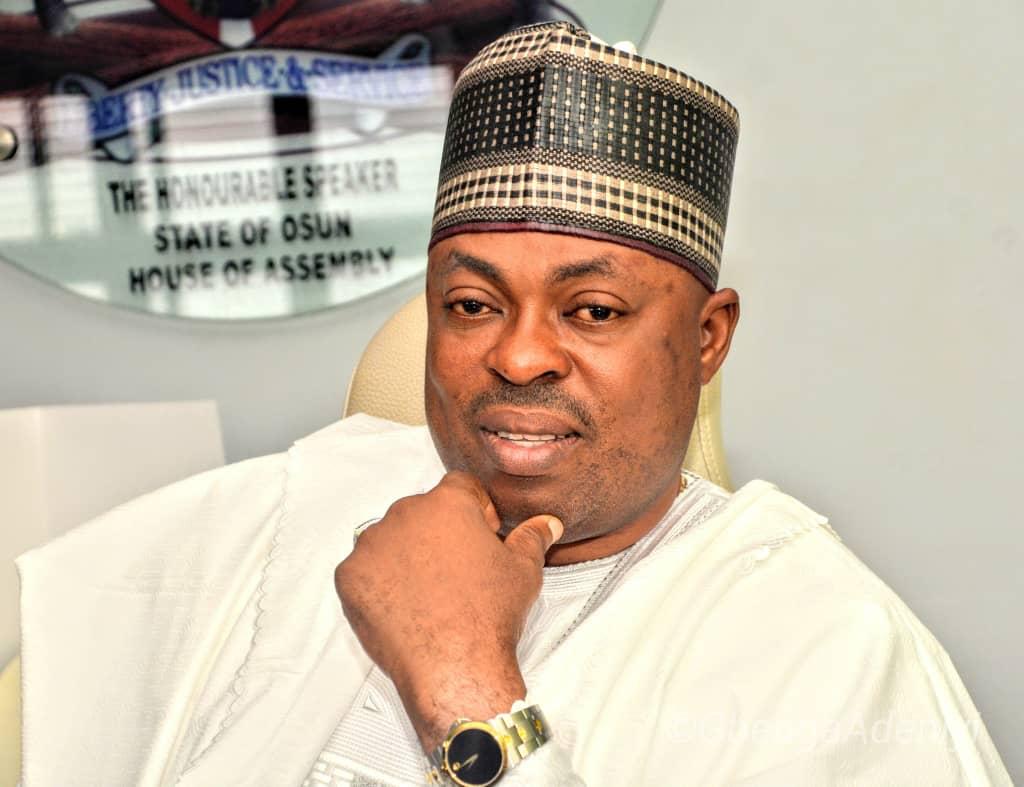 The Speaker, State of Osun House of Assembly, Rt Hon Timothy Owoeye has congratulated members of the National Assembly on the successes recorded in the first 365 days of their legislative duties.

Owoeye in a statement by his Chief Press Secretary, Mr. Kunle Alabi felicitated with the Osun caucus of the 9th Assembly calling for more synergy with the State House of Assembly for the development of the state.

The Speaker posited that with adequate team work, the Parliaments will be able to give to the people of Osun the much desired dividend of democracy.

He held that the House of Assembly is ever ready to synergise with the Osun caucus of the 9th Assembly in advancing the cause and interest of the people of Osun through effective legislation and representation.

The Speaker commended the national Assembly for being on the right path of delivering on it’s promises to Nigerians, saying the cordial relationship of both Chambers of the Assembly has strengthened stability and productivity.

He also added that the collaboration and harmonious working relationship of the national Assembly with the Executive arm has proven to be beneficial to the people they represent.

According to him, “I am using this occasion to congratulate you on your one year of service to the development of our people. You have shown by example that we can achieve much in an atmosphere of tranquility.

“The understanding that exist between the national Assembly and the Executive arm of government led by President Muhammadu Buhari has in no small way helped the development of our country.

“We at the State of Osun House of Assembly look forward to a more fruitful years of collaboration with the Osun caucus at the national Assembly, so that we can through quality legislation cater for the developmental needs of our people”.