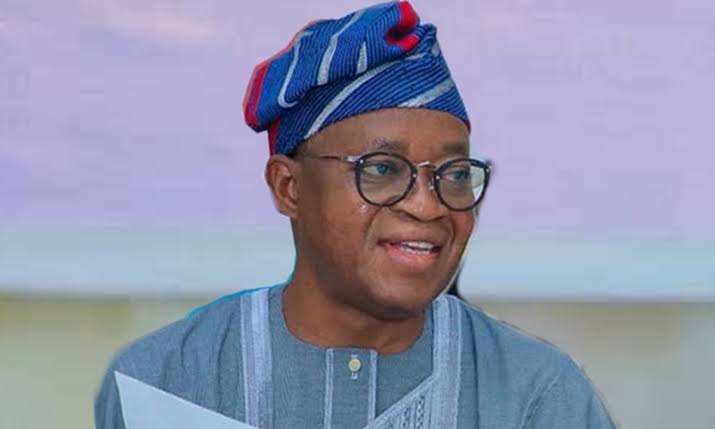 At the risk of over flogging its pleasant surprise at the growth and career development of the teeming workforce of the state in the last four years, the present administration in Osun under the leadership of Mr Adegboyega Oyetola has kept faith with all its promises to workers .

This was contained in a communique at the end of its meeting of the Forum of  Heads of Government Agencies today in Osogbo. In the communique  signed by the state Head of Service, Dr Olowogboyega Oyebade, on behalf of the Forum, the workers were advised to resist the temptation to be  misled by known and unknown forces who are out to malign and castigate the Oyetola-led administration unduly and undeservedly .

While lauding the workers for their love and dedication to service, the Forum put on record the magnanimity of the present administration in engendering a strong, virile and proactive workforce, which in the last four years, has made Osun a force to be reckoned with among its peers particularly in the area of cohesive and robust civil service throughout the Nigerian federation. For instance, the Forum recalled how the present  administration put smiles on the faces of 962 workers hitherto recommended for demotion for committing one  administrative infraction or the other by pardoning them of all  charges while charging to go and sin no more .

The Forum similarly commended  the regular and full payment of salaries and allowances by the Oyetola administration just as it also recalled with happiness and satisfaction that Osun remains one of the few states in Nigeria that is not only  strong but alive to the full implementation of the National Minimum Wage for workers in addition to the implementation of a 65 year retirement age and 40 years length of service for teachers.

While emphasizing that the pronouncement of the state  governor, Mr Adegboyega Oyetola, in all these directives were with immediate effect, the statement further emphasized that the regularisation of appointments, advancement and conversions among others were already ongoing as action was being taken by the designated agencies of government.

The Forum similarly emphasized  that all other grey areas would  be mutually worked out and cleared with immediate effect.

Finally, the Forum, while lauding  the worker – friendly disposition of Mr Adegboyega Oyetola led government in Osun state, urged the workforce in the state, as a matter of  mutually beneficial interests  to continue to remain loyal and dedicated to duty as a way of reciprocating  the countless gestures of the Governor which in turn will  enhance more and effective service delivery in the entire Osun civil service.