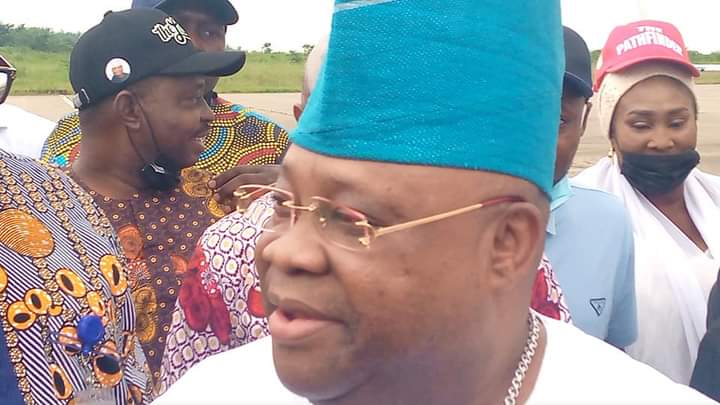 The National Youth Council of Nigeria (NYCN) Osun State Chapter has replied the State Governor-Elect, Senator Ademola Adeleke over a comment made by him recently connoting that the youth council is dead in Osun State.

According to the council, Adeleke reportedly made the statement at the inauguration of Youth advisory Committee of his party, where he promised to revive the State Chapter of the National Youth Council of Nigeria.

Chairman of the NYCN in Osun State, Comrade Ismail Abiodun Abdulazeez made the response in a statement obtained by InsightMedia on Friday night.

The statement partly reads, “It is pertinent to put the record straight that the State Chapter of National Youth Council of Nigeria (NYCN) is doing wonderfully well under the dogged & ever visionary Chairman Comrade Abdulazeez Ismail Abiodun who is also the chairmen forum Secretary of the 36 State and fct chapters of the Council.

“While we once again congratulate Sen. Nurudeen Jackson Ademola Adeleke and in hope of welcoming him to office as our Patron, we urge all political followers and supporters not to mislead the Governor-Elect by feeding him falsehood.

“We also wish to inform the public and all politicians that National Youth Council of Nigeria (NYCN) and particularly the Osun State Chapter remains apolitical. None of those at present leading the Council are politicians, this might be a notion while mischief makers are willing to mislead the Governor-elect against the norm.

“Meanwhile, all affiliated Voluntary organisations which are not limited to faith base are also doing greatly as we’ll however appreciate every proposed necessary support the incoming administration would be giving the organisations and the Council when he assumes office.

“Once again, we congratulate the Governor Elect for his victory at the poll and urge the inaugurated youth advisory committee of his not to prepare for failure before the start of the journey.”