The crisis rocking the ruling Peoples Democratic Party in Oyo State took another turn on Wednesday as hoodlums suspected to be sponsored by members of the same party attacked and vandalised the parallel secretariat of the party at Bodija Estate.

Our correspondent gathered that the hoodlums, who wore masks, invaded the building and wreaked havoc on it after workers had closed in the evening.

Residents of the areas were said to have alerted the police, who only arrived after the hoodlums had left.

Office equipment,vehicles and some other things were reportedly vandalised by the attackers.

One of the aggrieved leaders of the PDP who opened the parallel secretariat, Alhaji Bisi Olopoeyan, when contacted, confirmed the attack to our correspondent.

He said, ” Even if they wore masks, we know who they are and who sent them. They have destroyed this party with the way their boss is behaving now.

The police were even here before we came. We learnt that those living around here saw the hoodlums and called the police on the telephone.”

Olopoeyan, Nureni Akanbi and former Deputy Governor, Hazeem Gbolarumi, had recently led other aggrieved members to a stakeholders meeting in Ibadan where they vowed to work for the party but not for Governor Seyi Makinde in the 2023 elections.

However, the Public Relations Officer of the PDP, Mr Akeem Olatunji, on Monday, denied the existence of factions in the party during a radio programme in Ibadan. 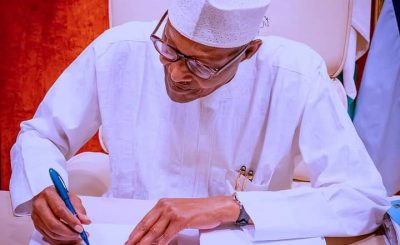