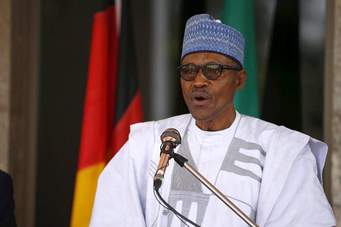 President Muuhammadu Buhari has directed all the state governors to clear the backlog os salaries before the Christmas festival comes in.

President Buhari gave this directive at a meeting with state governors held inside the Aso Villa.

The information was revealed on one of the Presidency’s Twitter handles – @NGRPresident – the meeting featured discussions on the nation’s economy, workers’ welfare, as well as federal-state relations, among others.

“President @MBuhari has directed the Ministers of @FinMinNigeria and Budget & National Planning and Governor @cenbank to commence negotiations with the Governors’ Forum to enable payment of outstanding Paris & London Club refunds before the end of the year,” the information read.

The Imo and Kaduna states governors, Rochas Okorocha and Nasir el-Rufai confirmed the development to the news men at the end of the meeting.

Okorocha said the President wants the workers to have beautiful Christmas celebration.

He stated, “We are looking at getting the balance of Paris Club refund.

“We also made a request for Mr. President’s approval that the balance should form part of our 2018 budgets because we can’t do anything until we are sure that the money is coming.

“The issue of workers took the centre stage and Mr. President expressed concern about those who depend on their salaries to feed their families and pay their house rents and he had the assurance from the governors that we will meet up our obligations.

“Also, it was emphasised that states and Federal Government must work together to get Nigeria out of its present economic predicament.”

When asked specifically if all state governors owing salaries would clear the arrears before Christmas, Okorocha said, “Yes; with the Paris Club refund coming, every worker should enjoy their Christmas.”

El-Rufai also confirmed the development but said he does not know the amonut to be disbursed to each state that only ministry of finance can state that.

“There is another 50 per cent that needs to be paid when the figures are reconciled. The reconciliation is going to be concluded before the end of the year.

“The Chief of Staff to the President will ensure that the committee working on the reconciliation conclude the work before the end of the year.

“So, what the governors are requesting from the President is a directive, ‘go ahead to include the next 50 per cent in your 2018 budget,’ and that is going to be looked at.

“Every state will get its own share of the Paris Club refund. Every state has a specific amount that was deducted. That amount may be enough to cover the arrears and it may not be because you cannot get more than you are entitled to.

“My state has no salary arrears at all. So, whatever we are getting, we will just continue with our development projects.

“Some states have salary arrears that are bigger than the Paris Club refund they are getting. Even when they get it, they will not be able to clear the salary arrears. But it is better to reduce it so that people will have a happy Christmas than nothing.”