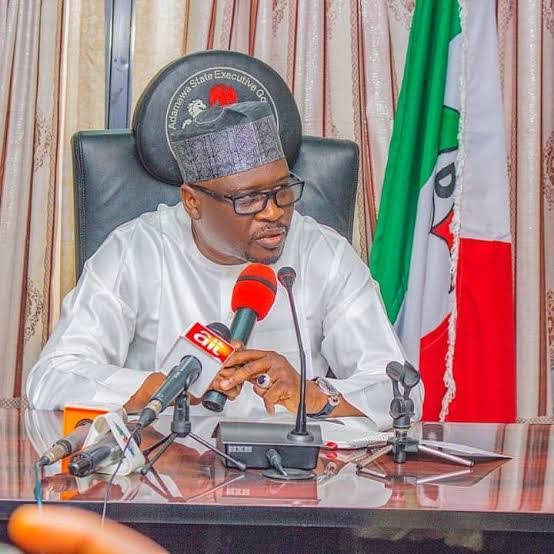 The Adamawa State Government has turned down a request by President Muhammadu Buhari for the use of the state owned Ribadu Square in Yola,the state capital for the All Progressives Congress (APC) presidential campaign on Monday.

Buhari is scheduled to lead his party’s campaign in the state,according to the updated timetable released by the Chief Spokesperson and Director of Public Affairs, APC Presidential Campaign Council, Festus Keyamo (SAN).

Adamawa is one of the “at least 10 states” where Buhari is expected to join the APC presidential campaign train.

Buhari’s Chief of Staff,Professor Ibrahim Gambari, had earlier notified the state government of the planned visit of the President on that day to participate in the APC rally at Ribadu Square.

But in a reply to the Presidency letter,the Secretary to the State Government,Alhaji Bashiru Ahmad, said the facility which is owned by the state would be unavailable on Monday.

He cited renovation of the centre as reason for its unavailability.

Ahmad in the reply to the Presidency letter said: “I write to acknowledge your letter ref. SH/COS/28/16/A/793 dated 3” January, 2023 addressed to His Excellency, the Governor, in respect of the above subject matter.

“It is with utmost joy that we always welcome the news of a visit by the President of the Federal Republic of Nigeria to Adamawa State and always prepare to accord him a rousing welcome with the highest level of respect notwithstanding political party differences.

“Please note that, on this proposed visit that is scheduled for 9 January, 2023 and considering the purpose of the visit which is rally, the only befitting place (Ribadu Square) that is secured enough to host Mr. President, on occasions like this, and the surrounding infrastructural facilities are under extensive renovation. We, therefore, write to inform you that, much as we would want to provide a place befitting to receive Mr. President, we are constrained because we cannot guarantee the readiness of Ribadu Square before the due date of the flag-off. However, we are working round the clock and racing against time, along with the contractors, to get the place fairly ready to receive the President on the 18 January, 2023 when the presidential campaign train of the APC berths in our state.

“Sir, while hoping that you will take seriously the foregoing in your planning, accept, as always my highest respect for your esteemed office.”

We’re going ahead with our rally – Local APC vows

But the Organising Secretary of the APC in the state, Mustapha Ribadu, declared yesterday that nothing would stop the party from proceeding with the Monday rally.

He said an alternative venue had been found and was being readied for the event.

Speaking in a telephone interview last night,Ribadu said: “Originally the party wrote a letter seeking the Ribadu Square for our presidential rally on the 18th January and it was approved by the state government.

“The government went further to commence renovation of the square to enable us use it for the reception of President Muhammadu Buhari and our presidential candidate on the 18th January.

“But with the sudden change in date, we wrote the government that the President would be coming on Monday the 9th. This afternoon (Friday) they granted the request and formal approval was given. The contractor was asked to stop work if the venue will be conducive for us to host the President. We have a formal approval for the new date.”

He, however, said that the campaign organisation of the APC governorship candidate, Senator Aishatu Binani, said it would prefer a new site it has been working on to host the presidential rally.

The state organising secretary said security agencies have been keeping surveillance on the new venue.

He refused to blame the state government for the change of venue.

He said:”We are set to host President Buhari and our presidential candidate on Monday in Adamawa State at the new venue being prepared by the gubernatorial candidate team.”

Adamawa is ruled by the Peoples Democratic Party (PDP) and is also the home state of the PDP Presidential candidate,Alhaji Atiku Abubakar.

The rally is scheduled for the Moshood Kasimawo Abiola Democracy Park .

Chairman, Media and Publicity, Sub- committee, of the presidential campaign council in the state, Kunle Adebayo, urged members of the public, supporters, admirers of our party to troop out to “endorse competence, vision, character, hope and track record as epitomised by Tinubu.”

He added:”As the state witnesses an unprecedented surge of crowd tomorrow (today), we wish to assure the people of Ondo State and our visitors that adequate security measures have been put in place across the state to ensure smooth, peaceful and eventful rally.”

On Thursday,January 12,Tinubu and Shettima will take their campaign to Uyo, the Akwa Ibom State capital.

Chairman of the Central Planning Committee of the APC Presidential Campaign rally, Senator Nelson Efiong and secretary, Hon. Uwem Udoma said in a joint statement in Uyo that the rally would take place at the Unity Park, Udo Udoma Avenue, Uyo starting from 10am.

They urged ” all APC candidates, their Campaign Council, supporters and party members across the 31 local government areas in the state to come out en masse to support and show solidarity to the party’s presidential candidate, Senator Bola Ahmed Tinubu, and his running-mate, Senator Kashim Shettima who are coming with a message of ‘renewed hope’ to Akwa Ibom State. (The Nation)