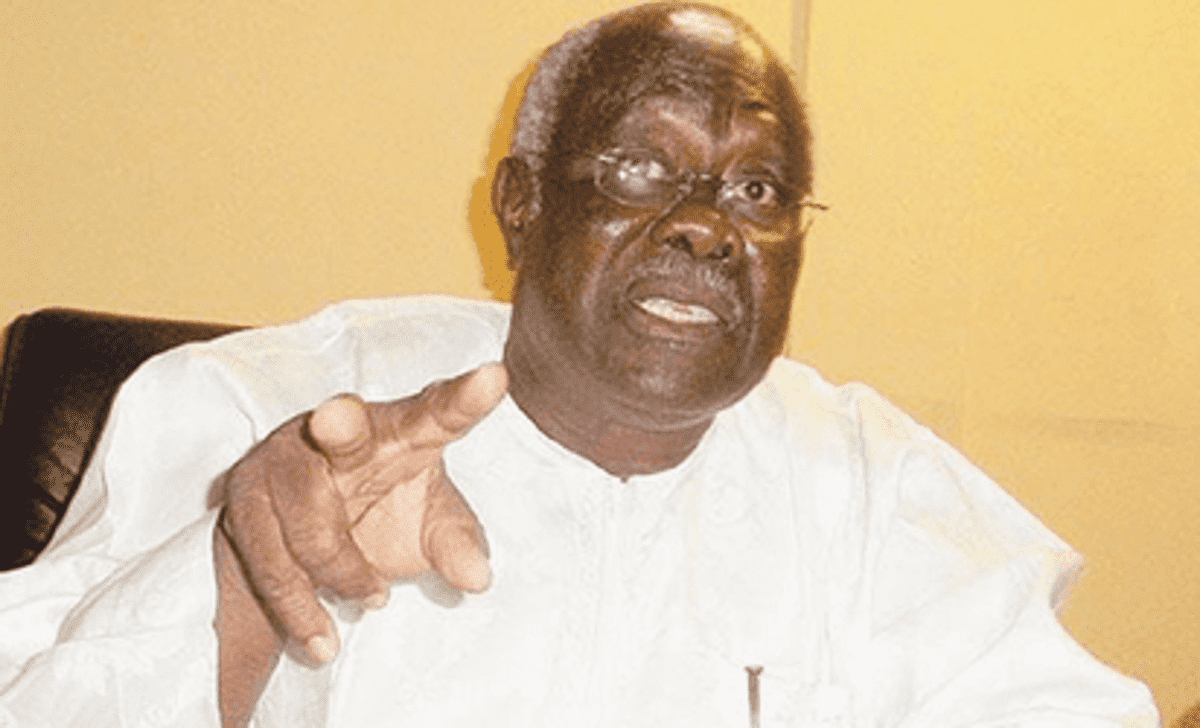 A member of the Peoples Democratic Party, PDP, Bode George, has said the crisis within party might cause its defeat in the 2023 presidential election.

The chieftain of the party said this while speaking with journalists during the week in Lagos.

George said he was in support of the call for Iyorchia Ayu to quit his position as the party’s National Chairman.

“We should not allow any sentiment – ethnicity or religion to divide us. Unfortunately, with what we are presently witnessing, our party may lose the next presidential election if we continue to disregard or fail to address the feeling and grievances of ‘alienation’ being presently experienced by the entire Southern population of this great country.

“If this issue is dismissed, we cannot expect votes from them.

“Until this party returns to the founding fathers’ principles of unity, with equity, fairness and justice being the pedestal for any political decision taken in this party, and ensuring broad-mindedness to accommodate the concerns of all zones in this country, PDP becomes vulnerable to disaster in the 2023 elections,” he said.