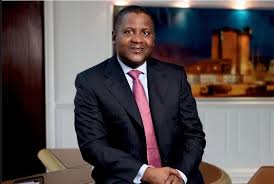 Indications have emerged that bigwigs in the People’s Democratic Party have been planning seriously and are ready to sacrifice their ego for the future of the party. Daily times reported that the party has sent emissaries to the richest Black man to woo him into accept their offer of running for the Presidency under the umbrella of the party.

A source from the Markafi-led faction which is the lawfully recognized faction of the party confirmed that the party have sent delegates to Dangote to discuss the matter with him.

Dangote is believed to have clout, name integrity, follwership, financial capability and charisma to battle any candidate presented by the ruling All Progressive Congress come 2019.

The source said “Alhaji Aliko Dangote had been sponsored several past Presidents to achieve their ambitions in the past, we believe that if he sees a platform like that of PDP, he will surely want to run for the Presidency himself”.