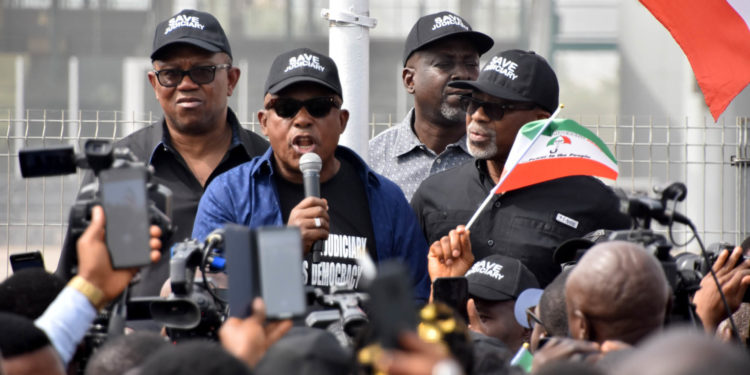 The National Secretariat of the Peoples Democratic Party (PDP) has declared that embattled governor of Edo State, Mr Godwin Obaseki, has not joined the party at any level.

The PDP stated this on Friday following a report by some news platforms on that Friday Obaseki, who was disqualified by the All Progressives Congress from participating in June 22 governorship primary, has joined the PDP.

The APC’s seven-man screening committee led by Professor Jonathan Ayuba has disqualified Obaseki from the process on the grounds of its inability to verify the authenticity of the governor’s National Youth Service Corps (NYSC) discharge certificate and what it called the governor’s defective Higher School Certificate (HSC).

Speaking with Saturday Tribune on Friday, the PDP National Publicity Secretary, Mr Kola Ologbondiyan, said speculations that Obaseki had joined the party were not true.