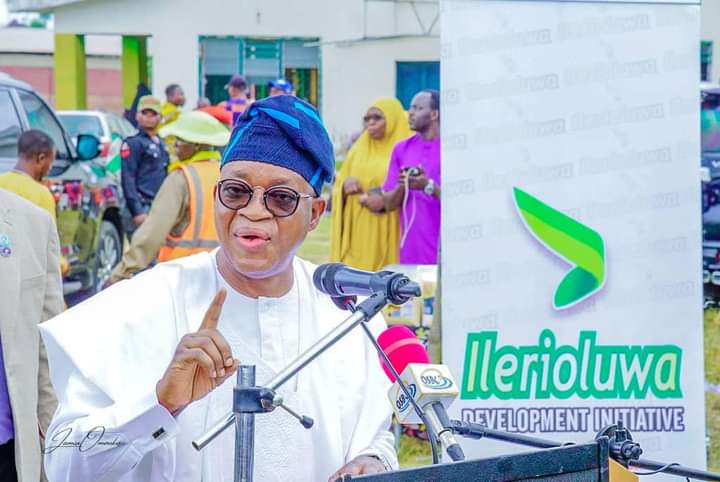 Governor of Osun State, Mr Adegboyega Oyetola has said that the opposition People’s Democratic Party will wait for 30 years before returning to power in the State, adding that he will handover to another governor elected on the platform of the All Progressives Congress after his eight years in 2026.

Oyetola said this while addressing supporters in Ila-Orangun when his campaign train landed in Ila and Ifedayo local government areas of the state on Friday.

He said there is no part of the state where his administration has not touched with a project, hence, express confidence the people will rally round him again.

“This power is in my hand, I won’t drop it because your vote will retain it in my hand. My eight years in power as governor is sure with God on my side.

“It will take PDP 30 years for them to contest again in Osun because of the defeat they will suffer in July 16th. They should use the period to prepare for governance, it is not child’s play.

“Don’t panic God has ordained us, they will be going about with money, Don’t be swayed by it. Don’t sell your children’s future. They will not be available after the election, they’re opportunists. But we are here for you any day. Dont take an oath because of the opposition’s money.

“APC will emerge victorious in Osun. We are currently working on Ila/Arandun road. We have brought University to the community which will create job opportunities for youths. We have done this and you should reward us by voting us into power.

“We have plans and the wisdom to execute them. We invested in health, education, agriculture and other sectors massively. We are feeding 30,000 vulnerable every month.

“Go and collect your PVC, it will make you eligible to vote. We are in the home town of the first interim chairman of APC, Chief Bisi Akande and we are comfortable because you will vote massively for us”, he said.