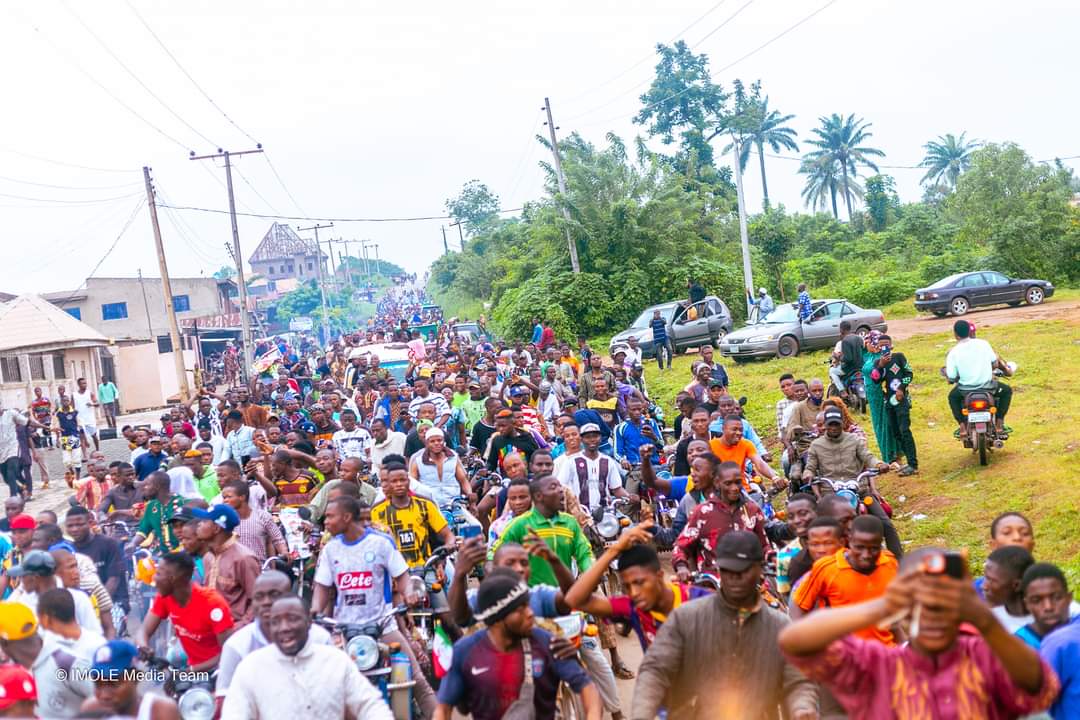 Supporters of Senator Ademola Adeleke, the candidate of the People’s Democratic Party who just won governorship election in Osun State, on Sunday morning trooped to the country home of the Governor-Elect to celebrate the victory.

The jubilant supporters from different parts of the State, were seeing in Ede, Osogbo, Ife and other parts of Osun celebrating the electoral victory.

Adeleke defeated incumbent Governor Adegboyega Oyetola of the All Progressives Congress and 13 other contestants to emerge 5th executive governor of the state.