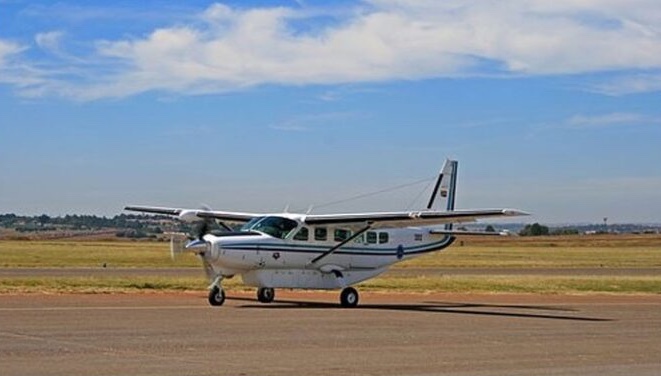 Rescuers in the Comoros are scrambling to find any survivors after a Cessna plane carrying 14 people crashed in the Indian Ocean archipelago on Saturday.

Airline AB Aviation said its small Cessna plane disappeared from the radar about 2.5 kilometers (1.6 miles) from its destination during its flight between the capital Moroni and the city of Fomboni on the island of Moheli.

“Search operations… have begun to find the aircraft’s debris in the coastal area of Djoiezi confirming the crash,” the Comorian transport ministry said in a statement.

The Comorian government said the 12 passengers were Comorian and that the two pilots were Tanzanian.

The Comorian government said the 12 passengers were Comorian and that the two pilots were Tanzanian.

READ ALSO: Russia: Ukraine opens application for anyone across the world to join its Armed Forces

Senior police officer Abdel-Kader Mohamed said three speedboats had been sent to the estimated crash site “which allowed us to collect debris from the plane and objects belonging to the passengers”.

“Tomorrow, we will continue the search. As long as we have not found any bodies, there is hope,” he added.

Support is being offered to the affected families on Moheli and Moroni’s island of Grande Comore.

“I have no hope. From tomorrow, we’re going to start mourning my sister,” Idi Boina, 55, whose sister was one of the passengers, told AFP in Moroni.

The authorities said they had asked for Help from the neighbouring French territory of Mayotte. (AFP)