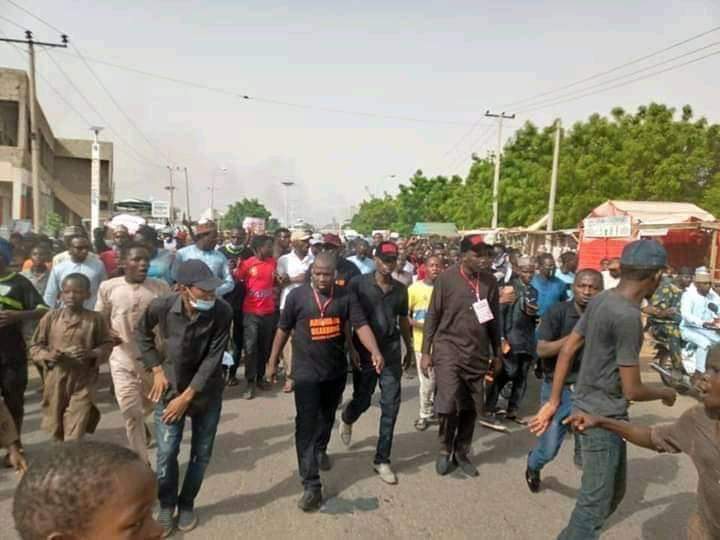 The Katsina State Police Command has arrested the man who led a peaceful protest against killings in the state on Tuesday, June 16, in Katsina.

Nastura Sharif was picked up on Wednesday, June 17. The group’s Director of Operations, Aminu Adams made this known in a statement on Wednesday.

Adams explained that they were invited after the protest by the state commissioner of police, Sanusi Buba for interrogation and Sharif was detained.

His said, “After the protest ended peacefully, the Katsina state police commissioner, Mr. Sanusi Buba, invited us to his office for an interaction during which he told us that the Inspector General of Police wanted to see Sharif.

“The commissioner handed us to a team of policemen, headed by the OC (officer in charge), federal operations bureau (FOB), who led us to Abuja.

“We drove from Katsina to Abuja with the police team in a white bus and a hilux. However, on getting to force headquarters in Abuja, they told us that Sharif is under arrest for the protest and they put him in detention.”

The protest that led to Sharif’s arrest was held to ask for the intervention of the federal government following attacks in Katsina.

Recall that on June 9, 2020, bandits stormed a community in Katsina and killed about 40 people. Animals and properties of locals were also not spared.