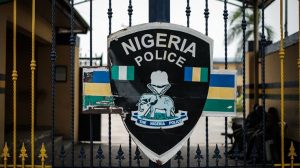 The Police Command in Osun on Wednesday confirmed the killing of a 10-year-old girl by suspected hoodlums on a motorcycle at Ilerin, along Ilesa-Iperindo Road.

The comnand’s Spokesperson, SP Yemisi Opalola, said in a statement that the suspected hoodlums shot at the girl, her mother and another child while on a motorcycle.

Opalola said, “As a result of the shooting, the three of them on the motorcycle sustained injuries, but the little girl died on the way to the Obafemi Awolowo University Teaching Hospital (OAUTECH), Wesley Guild Hospital, Ilesa.”

She said the girl’s body had been deposited at the mortuary, while her injured mother and the other child were admitted at the same hospital.

Opalola said that police had intensified efforts to arrest the suspected criminals, who perpetrated the crime.

The News Agency of Nigeria (NAN) reports that similarly, there was shooting at Irojo area of Ilesa on Wednesday.

NAN reports that the incident claimed the life of one Olorunwa, a sawmill worker, who was hit by stray bullets from some suspected cult members.

NAN also reports that in the space of five days (Saturday to Wednesday), suspected cultists/hoodlums related shootings were recorded in Osun, with two deaths each recorded in Osogbo and Ilesa.