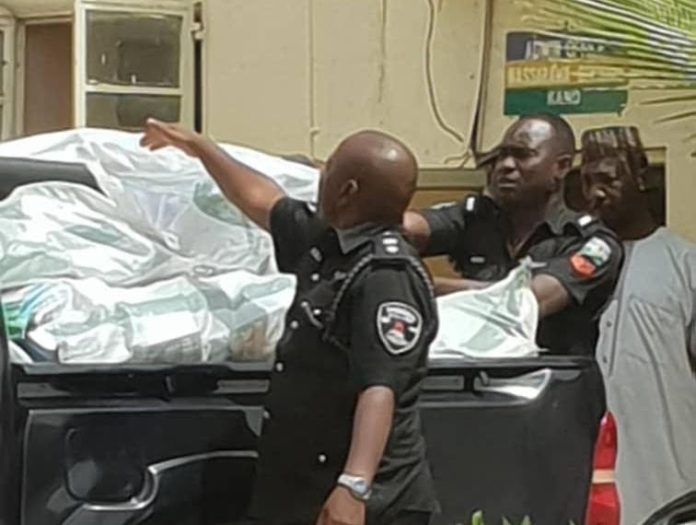 Daily Nigerian reports that the ballot papers have already been thumb-printed on the box of the ruling party, All Progressives Congress (APC).

It was gathered that the ”specimen” ballot papers have been moved to the police headquarters for further investigation.

Reacting to the the incident, the spokesperson of Kano police command, DSP Haruna Abdullahi, disclosed that two people were arrested with the sacks containing the ballot papers.

He said: “Let me categorically state that the ballot papers are not thumbprinted and not real. They are just specimen used to enlighten voters.”

Abdullahi further added the arrested suspects had confessed to conveying the ballot papers on the transit to Dutse, Jigawa state capital, with the aim of enlightening electorate at the rural areas of the state.