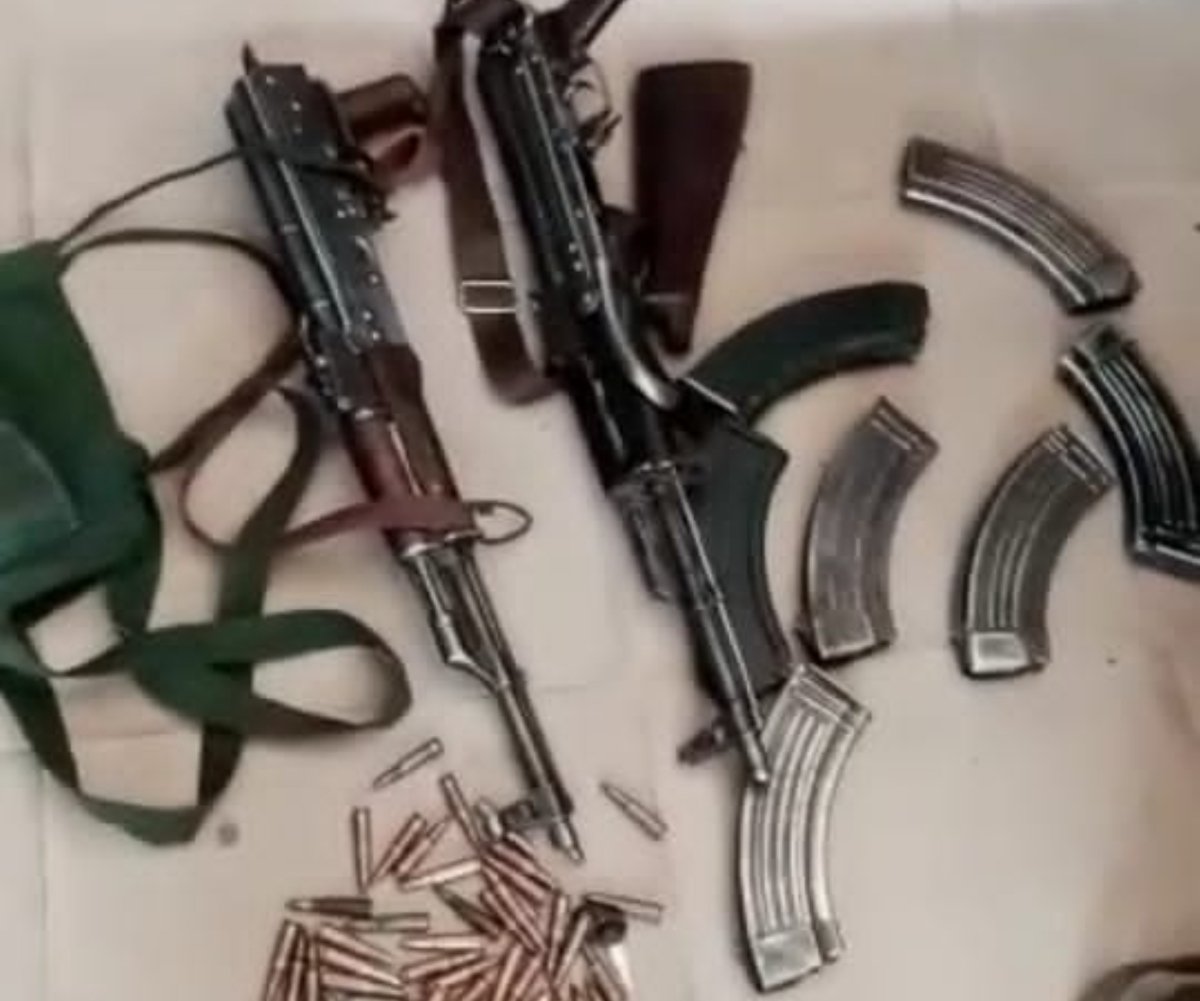 Operatives of the Kwara State Police Command, on Saturday, recovered arms, ammunition and a sum of $255,000 from fleeing suspects at a checkpoint along the Bode-Saadu expressway in the Moro Local Government Area of the state on New Year’s Eve.

Two AK-47 rifles, 70 empty magazines, 50 rounds of AK-47 live ammunition, three Tecno handsets, 11 telephone handset batteries, criminal charms, clothes and the money were found in a bag tied to the motorcycle they were riding when police operatives stopped them at the checkpoint on the expressway.

According to the spokesman of the command, SP Okasanmi Ajayi, in a statement in Ilorin on Sunday said, the incident happened on December 31, 2022, at about 2300hours at the Bode-Saadu checkpoint manned by a detachment of police operatives as part of the strategy to ensure the safety of citizens for the festivities for the year.

Okasanmi said, “one of the major results of the strategy was recorded on December 31, 2022, at about 2300 hrs, along the Bode Sadu axis of Moro LGA, when a detachment of policemen detailed to monitor the axis sighted and flagged down a Bajaj motorcycle operator for a routine check.”

The spokesman said efforts to arrest the fleeing suspect, strongly believed to be one of the kidnappers operating around the border towns of Ekiti, Kogi, and Kwara states, are ongoing.

The Commissioner of Police, Kwara State, has promised to exert the necessary pressure to see that the fleeing suspects and their gang members are arrested.

He solicited the support of members of the public to always give police information and report all strange activities around them to the public while further assuring the citizens of the determination of the command to uphold the status of Kwara State as a state of harmony.

The police Commissioner wished the people of Kwara State a happy and more secure new year.

Abia Govt kicks against planned installation of Emir of Aba