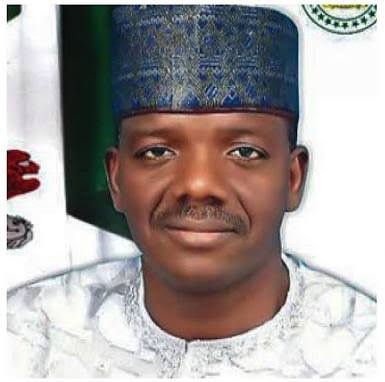 Fresh moves are on for Governor Bello Matawalle of Zamfara State to join the All Progressives Congress (APC), Daily Trust has gathered.

This is just as the party yesterday announced the extension of its on-going membership revalidation and registration exercise to accommodate new members.

There have been talks about the planned defection of Matawalle, who became governor of the state on the platform of the Peoples Democratic Party (PDP), following the judgement of the Supreme Court on the crisis that trailed the primaries of APC in Zamfara.

Matawalle’s moves to join the APC predated the defection of the Ebonyi State Governor David Umahi to the ruling party in November last year.

A former governor of Zamfara State, Senator Ahmed Sani Yarima, had last year told Daily Trust that plans are on for Matawalle to join APC.

The crisis rocking the APC in the state, a source said, was one of the factors that delayed the defection of the governor. The two warring camps in the state chapter of the party — Abdulaziz Yari and Senator Kabir Garba Marafa factions — had in February reconciled.

A source close to the chairman of the national caretaker committee of the APC, Mai Mala Buni, confirmed the defection moves. “The talks on Matawalle’s defection have gone far but wait for him to formally announce it,” the source said, pleading not to be named.

Also, a former governor of the state said a governor who is a member of the APC in the North West is spearheading the defection.

Another source said former governor of Zamfara State, Abdulaziz Yari and other chieftains of the party in Zamfara State have been notified.

“We were told that he will join our party this month. They also told us that the defection is sanctioned by the presidency. Nocturnal meetings to finalise the arrangement are being held,” he said.

Ahead of the defection, it was gathered that the governor met with top officials of his administration in Zamfara State.

Out of the seven states in the North West, five are governed by APC while Sokoto and Zamfara are of the PDP.

In a chat with Daily Trust on Thursday, the Publicity Secretary of the ruling PDP in the state, Alhaji Farouk Ahmad, said no one had officially informed their party that Matawalle is planning to defect to APC.

“We are just hearing it from the grapevine as you do but I can tell you that PDP as a party is not informed about the decision, so I can’t confirm anything to you,” he said.

In the same vein, the vice chairman of the opposition APC in the state, Alhaji Sani Gwamna Mayanchi, said they were not officially contacted and that APC has nothing to say about it.

On his part, the state Commissioner of Information Alhaji Ibrahim Dosara said “I haven’t discussed anything like that with the executive governor.”

Meanwhile, Secretary of the APC Caretaker/Extraordinary Convention Planning Committee, Senator John James Akpanudoedehe, in a statement on Thursday, said the extension became necessary because of the number of people willing to join the party. (Daily Trust)