Mr Abubakar Malami, SAN, the Honourable Attorney General and  Minister of Justice use written the Independent National Electoral Commission to consider the judgement of the court of appeal and the provisions of the electoral act 2010 (as amended) and postpone the elections in Zamfara State.

The AG in a letter to the INEC Chairman stated that he is taking the step in view of the petition his office received from M. A. Mahmud and Co.

RE: THE NEED TO URGENTLY CONSIDER SECTIONS 38 & 39 OF THE ELECTORAL (AMENDMENT) ACT 2010 AND EXTEND THE TIME FOR THE APC ZAMFARA TO FIELDA GUBERNATORIALCANDIDATE FOR THE 2019 GOVERNORSHIP ELECTIONS IN THE LIGHT OF THE ZAMFARA HIGH COURT JUDGMENT INSUIT NO. ZMS/GS/52/2018-SANUSI LIMAN DAN-ALHAJL & 37 ORS V. ALL PROGRESSIVES CONGRESS & 144 ORS: AND APPEAL NO. CA/S/ 23/2019

My office received a petition from the firm of M. A. Mahmud, SAN & CO in respect of the above subject matter, (copy attached for ease of reference) requesting that the subsisting judgment in Suit No. ZMS/GS/52/2018-SANUSI LIMAN DAN-ALHAJI & 3Z ORS V. ALL PROGRESSIVES CONGRESS & 144 ORS be upheld and respected by INEC, as the Court of Appeal has upheld the Appeal in Appeal No. CA/S/23/2019, (scanned copy attached for ease of reference) thus effectively annulling the grounds upon which the purported cancellation of the APC Primaries in Zamfara State by INEC was based.

2. You may wish to recall that the Zamfara State High Court upheld the Zamfara APC Primaries in the suit mentioned in the first paragraph above, held on the 3rd and 7th October, 2018 for the Governorship and the National and State Legislative Houses. Copy attached for ease of reference.

3. You may further wish to recall that in Suit No.FHC/ABJ/CS/1279/2018- ALL PROGRESSIVES CONGRESS (APC) V. INEC & 5 ORS, the Federal High Court held that the nullification of the said Zamfara APC Primaries by INEC was lawful. However, this decision has been upturned in Appeal No CA/S/23/2019. Copy is also attached for ease of reference.

4. In the circumstance and in consideration of the provisions of Sections 38 and 39 of the Electoral Act, 2010, the law allows INEC the latitude and discretion to extend the time within which a political party may duly field a candidate for an election where unforeseen circumstances constrained such a party from doing so within the stipulated time frame.

Section 38 states: Where at the close of nomination, there is no candidate validly nominated, the Commission SHALL extend time for the nomination and fix a new date for the election.

Section 39 states: Subject to any other provisions of this Act, if after the latest time for the delivery of nomination papers, and the withdrawal of candidates for an election under this Act, more than one person remains validly nominated, a poll shall be taken.

In this particular instance, the constraining circumstances that led to the delay in fielding a candidate were caused by INEC’s refusal to comply with the Zamfara State High Court Judgment in the aforementioned suit to uphold the Primaries as held. Moreover, INEC cannot foreclose the right of a political party to participate in elections without recourse to the Act. By the doctrine and principle of judicial precedence, the Appeal supersedes the Federal High Court’s Position in Suit No. FHC/ABJ/CS/1279/2018- ALL PROGRESSIVES CONGRESS (APC) V. INEC & 5 ORS.

5. In view of the fact, now that the Court of Appeal has upheld the Primaries as valid, the APC in Zamfara State will need a little time to catch up with its contemporaries in the election. Granting them this concession is not necessarily a favour but a right that inures to all contestants under similar circumstances.

6. Consequent on the above, INEC is invited to comply with the judgement of the Court of Appeal by admitting the results of the APC Zamfara State Primaries and to also comply with the provisions of S.38 of the Electoral Act which empowers INEC to postpone the election for the governorship, National Assembly and House of Assembly Elections.

7. Please accept the assurances of my warm regards.

ABUBAKAR MALAMI, SAN
Honourable Attorney-General of the Federation and Minister of Justice 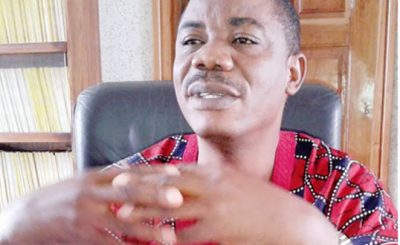 Ondo 2020: Why power of incumbency will fail Akeredolu – Kekemeke 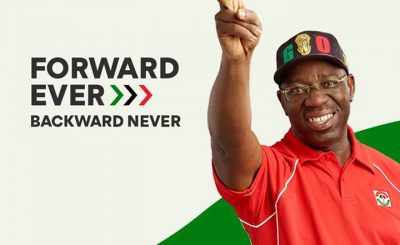