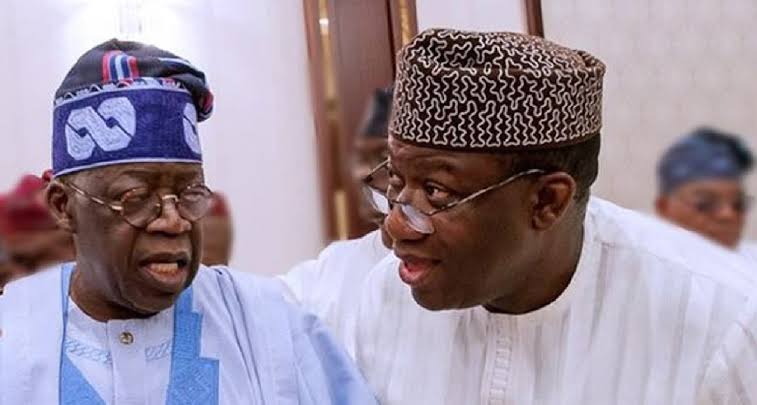 Ekiti State Governor, Dr Kayode Fayemi has stated that the presidency is not anyone’s inheritance, adding his declaration is not a betrayal of anyone.

Fayemi on Wednesday, declared his intention to contest the APC presidential primary election slated for this month. Known as a former ally of Mr Tinubu, the Ekiti governor said he owed no allegiance to the ex-Lagos governor.

According to him, Mr Tinubu cannot lay claim to Nigeria’s presidency simply because it is his “life-long ambition.”

Fayemi made the comments while responding to questions on a Channels TV regarding his alleged betrayal. According to him, no one could accuse him of betrayal because the presidency is not an inheritance.

“This is not an inheritance (referring to Mr Tinubu’s presidential ambition). It’s about Nigeria. Nigeria is the commonwealth of all Nigerians,” Mr Fayemi insisted. “It is not a traditional title that we’re seeking. The office we are seeking is to make improvements in the life of Nigerias.”

The Ekiti governor, on Wednesday, declared his interest to contest the APC presidential primary election, promising to empower youths when elected. He also said he would revamp the security agencies, decentralise governance and bring the government closer to Nigerians.

Mr Tinubu said he would do the same thing if elected president.

“I want to be President for you. Drive me there. Commit yourself. A united Nigeria is our dream. A free Nigeria is our commitment. A violent-free Nigeria, a banditry-free Nigeria. A very successful Nigeria. We promise you, we will hand it over to you. You are our tomorrow,” Mr Tinubu had said in April.

Since he declared to contest the APC presidential primary election with the hope of becoming president in 2023, 70-year-old Tinubu, has been criticised as being too old and frail to lead the most populous country in Africa.