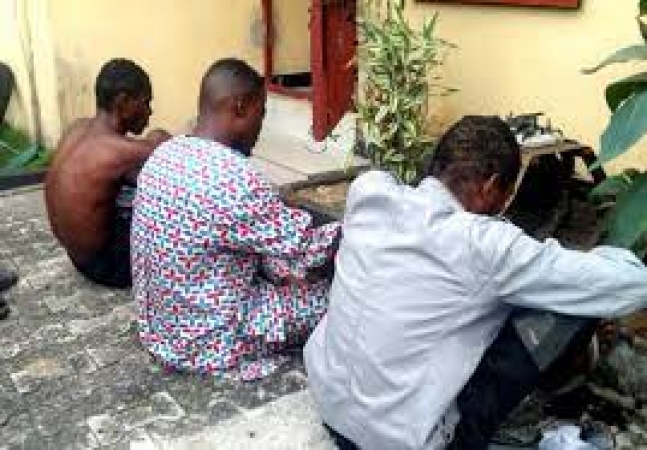 The son of a professor known as Jerry and two other suspects, David and Paul, have been nabbed for allegedly stealing a Toyota Hilux engine worth N2 million inside the University of Calabar Staff Quarters.

They were arrested by the university’s security personnel led by the Chief Security Officer, Cpt Augustine Bisong (retd), last weekend.

According to Bisong, the engine was bought to replace a bad one in the vehicle of a principal officer of the university before it was stolen from the mechanic workshop in the staff quarters.

He added that when they got a call that the engine was missing they swung into action to recover it after it had been sold. He said the suspects had identified the buyer and other accomplices.

“The buyer of the ‘tokunbo’ Toyota Hilux engine at Bogobri and the vehicle/driver used in moving the engine out from the university have been identified.

“So far, we have arrested three persons, we are also on the trail of other suspects involved in the engine theft and other related damage to the critical infrastructure of the university.

“The ones arrested have been terrorising members of the university community, stealing car batteries, armoured cables and vandalising street lights to get their batteries.

“We have been on surveillance for two weeks after the Hilux engine was stolen, and we have been on their trail before they were arrested. They have also named their receiver, a businessman in the popular Bogobiri community of Hausa/ Fulani in Calabar.

“We will hand them over to the security agency for onward prosecution of the matter, but we want to seize this opportunity to warn all those who are in the university community who feel they can commit a crime and go scot-free, our vigilant eyes are watching. We shall smoke them all out.

“We are serious about maintaining zero crime in the university community, and we shall leave no stone unturned in achieving this. We want to assure inhabitants to go about their lawful business without fear, we have the school community covered,” he said.

Speaking about their arrest, the suspects said they thought the engine was scrap metal that was no longer useful.

One of them, called David, who said he is from Benue and resides at the University Staff Quarters with his mother who is a potter in one of the hostels, said, “We took the engine to Bogobiri. We sold it for N30,000 because we thought it was scrap metal. I am sorry because I will never get involved in such again.” (The PUNCH)