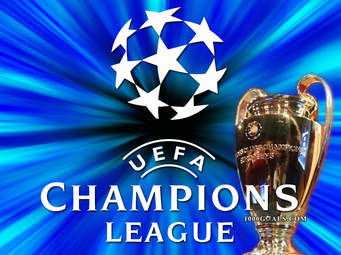 Paris St. Germain were on goal spree on Tuesday when the hosted the Belgian side, Anderlecht in France.

Left-back, Layvin Kurzawa became the first defender to score hat-tricks in Champions League history, while their super and most expensive signing also recorded his name on score sheet and Marco Veratti completed the 5:0 thrashing.

Jose Mourinho’s Manchester united recorded a 2:0 win against Benfica at Old Trafford. The Benfica has neither recorded a win nor draw in the Champions League this season.

An own goal and a fine Danny Blind spot-kick gave all the three points to the English side that was must changed in preparation of a super Sunday fixture against Former Mourinho’s employer, Chelsea.

FC Roma were too strong for Antonie Conte’s Chelsea as they were weel beaten by the Italian side in Italy on Tuesday.

The Blues became the first English side to record a loss in Champions league this season as they started trailing from the first minute when Stephane El Sharawy found the net from the Alexandre Kolarov’s cross.

Alvaro Morata missed a huge chance to equalize before El Sharawy made it 2:0, thanks to Rudiger’s failure to clear Radja Nainggolan’s cross.

Diego Perotti cracked home from 20 yards after Blues defenders failed to close him down to take the game beyond Chelsea’s reach.

In another group C game, Atletico Madrid were draw by Qarabaq at home. The match ended in 1:1.

Barcelona were toothless against Olympiakos as they failed to score in a champions league group stage match in five years.

Luis Suarez hit the crossbar and Lionel Messi’s effort was too weak to hit the net.

Only a point is required from their last two games against Juventus and Sporting to guarantee a place in the last 16.

Juventus, who have two wins, a draw and one defeat, are still three points clear of Sporting in third.

Gonzalo Higuaín equalised with 11 minutes remaining after Bruno César had given Sporting a half-time lead.

The late equalizer ensures Juve remain in a strong position to progress through to the knock-out stage.

Bayern Munich also made it two wins Jupp Heynckes two Champions league game in his fourth spell as their manager.

The game ended in 2:1 in favour of the German Chamapions.