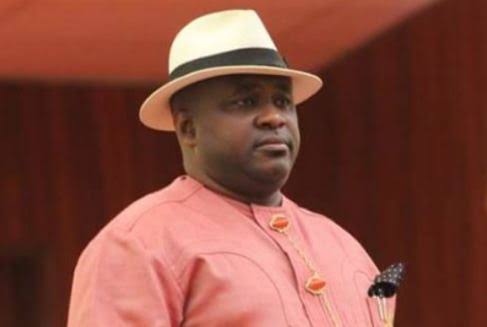 A resident of Akwa Ibom state, Rev. Richard Peters has sent a petition to the Economic and Financial Crimes Commission over alleged conversation of a constituency project to a private property by the Senator representing Akwa Ibom North-East senatorial district, Albert Bassey Akpan.

According to Peters in a petition obtained by InsightMedia on Wednesday, the recreational center was built by the lawmaker through zonal intervention funds and has been cordoned off by the lawmaker.

His petition directed to the Akwa Ibom zonal office the anti-graft agency partly reads, “I most humbly and respectfully write to intimate your esteemed office of the fraudulent conversion of public funds and assets meant for the sole use, enjoyment and perhaps for the emancipation of the people of Uyo Senatorial district of Akwa Ibom State for private/personal use by Senator Bassey Albert (OBA) a senator representing Uyo senatorial district National Assembly.

“Recall Sir, that on Saturday the 29th day of January, 2022, a recreational park along Ifa Ikot Akpan in Etoi, Uyo Local Government Area was built and commissioned by Senator Bassey Albert as a recreation park for the people of Uyo Senatorial district of Akwa Ibom State.

“On the said date, and in the presence of all, Senator Oba emphatically stressed that the said complex which houses a basketball pitch, lawn tennis court, about 1500 capacity event centre amongst other basic amenities was the property of members of belong to the people of Uyo Senatorial district of Akwa Ibom State having constructed same from Constituency funds thus was christened “Constituency Project”.

“It is sad to observe that as at today the said “Constituency Project” has been cordoned off from the good People of Uyo Senatorial district, converted to private use and now known as “Campaign Ground”.

“It is on the strength of the above that I most respectfully as a member of Uyo Senatorial district wish to urge you, to investigate the source of funds that was used for the construction of the said Complex, seal off same for the purpose of recovering it for the teaming members of Uyo Senatorial district, stop all forms of private or political activities on the property and return same to the purpose it was built for and especially for the common use of all persons of Uyo senatorial district irrespective of political affiliation and most importantly, charge Senator Bassey Abert for fraudulent conversion of public Asset/funds for private use.”