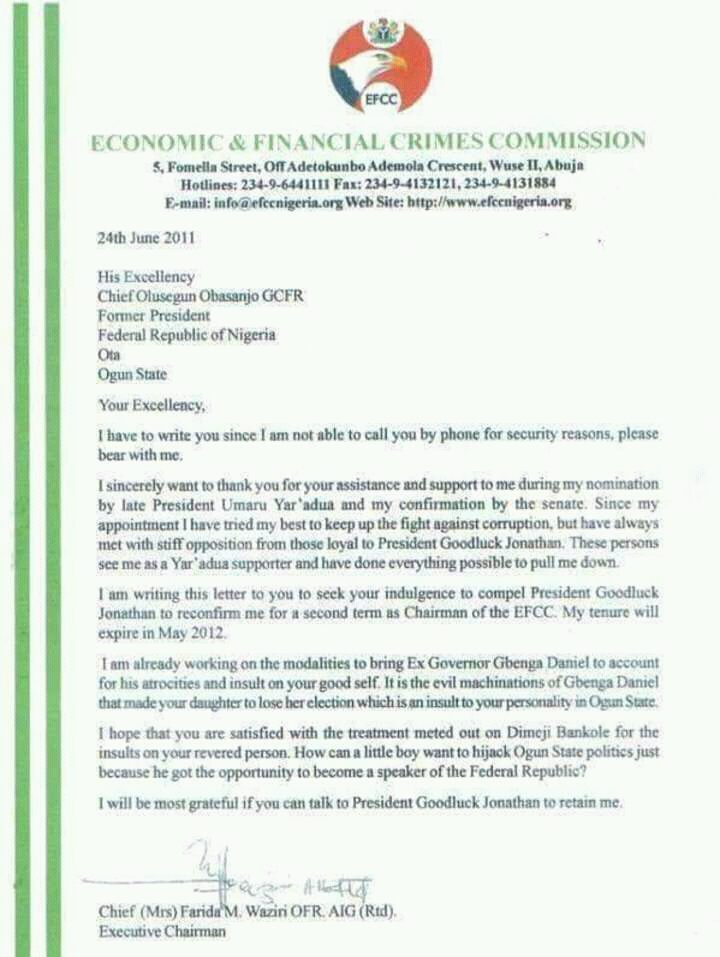 Former Economic and Financial Crime Commission chairperson, Madam Farida Waziri recently commented that she is “thankful” to Jonathan for removing her as the Head of the Anti-Corruption agency.

Revelation has emerged that the Former Assistant Inspector General of Police actually wrote Former President Olusegun Obasanjo to help her persuading to the then President Jonathan to reappoint her for second term.

The letter which was dated 24th of June, 2011 reads in part ” I am writing this letter to seek your indulgence to compel President Goodluck Jonathan to reconfirm me for a second term as Chairman of EFCC. My tenure will expire in May 2012.

The letter continues “I hope that you are satisfied with the treatment meted out Dimeji Bankole for the insults on your revered person. How can a little boy want to hijack Ogun State politics just because he got the opportunity to become a Speaker of the Federal Republic?