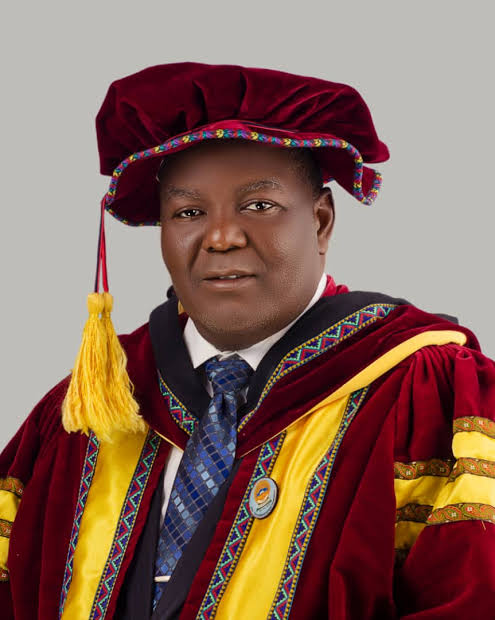 When an entity, a phenomenon or a thing is built on shaky foundations, there is very little that may be doable to save that entity. This is the exact story of the leadership of the current Provost, Federal College of Education, Pankshin, in Plateau State, Dr. Amos Bulus Cirfat which if unchecked, will definitely yield severe negative results for this educational institution.

The brewing trouble came to an unbearable point on Tuesday 23rd June, 2020 after a College Management meeting which hastily held and tele-guided’ a supposedly agreed endorsement for the sitting Provost for another tenure in office, not minding the broader implications.

Such move, according to an internal source conversant with the happenings in FCE Pankshin did not start recently, but is one which had long been carved out and is being diligently carried out to ensure continuity at all costs, including the manipulation of the process to ensure an endorsement through fiat by the organs tasked with the routine implementation of government policies, rather than the well grounded and normal procedure of vacancy advertisements of the post.

This step was taken by the Provosts handlers and is hoped to deny any possible/aspiring contender the legitimate opportunity to validly engage the various relevant stakeholders who are by extant laws empowered to select the Provost of the college, a Management source hinted. Other manoeuvres include lobbying (especially in Abuja) to change the established procedures; the relegation of potential opponents who are presently at the College, and a bitter rift with some members of the Governing Council, who may not be favourably predisposed to Provost’s selfish ambition.

The latter case is one which has degenerated to the point where the Provost, Dr. Amos Bulus Cirfat, was quoted at a meeting with former students of the Institution to have declared the tenure of the Governing Council as expired, and that he held within his domain, letters relieving them of their employments, even though such a situation is factually not possible because their employment does not emanate from the College. This comment has further estranged his relationships with some noble members of the Council, who do not want to be drawn into the local politics of the school but would rather play an oversight function, as their employment stipulates.

As a result of these power manoeuvres and a clear-cut show of selfishness never seen before (especially after the strange endorsement of the provost by a few self-seeking individuals), cracks have begun to emanate on the walls of the Leadership and Management of the Institution.

Despite the suspension of full academic activities occasioned by the global Covid-19 pandemic, some members of the College Management who are disenchanted with these moves are reportedly gearing up to spew all information they know about these attempts at another tenure by the Provost. Other members of various Unions are now beginning to question their Union Leaders, who it is commonly reported within the FCE community to be puppets of the Provost in exchange for peanuts/stipends/favours. These union members are as at present beginning to harness loyalties and gather support in different ways to both call their leaders to account and also take on the Management of the School, especially on areas such as the accumulation of promotion arrears” being owed them for several years now which have so far proven to remain unpaid by the Management. This is especially more urgent due to the Federal Government directive which has now migrated all payments of regular emoluments to the IPPIS platform at Abuja, striping the Institution of both funds and powers to pay salaries, and drawing some resistance to the scheme, etc.; a matter still being pursued by the COEASU (Collages of Education Academic Staff Union).

Unfortunately, the more bizarre of these realities are the now emanating reports of internal financial dealings where some members of staff claim to have been defrauded of their committee entitlements, after services were duly rendered, only to later learn from the Bursary unit that such funds were fully paid to the Chairman of such committee, Dr. A. B. Cirfat (the provost).

Another case is that of some National Students Association who were contracted behind the scenes to issue a purported award of excellence to the Provost, only to later be short-changed their initially agreed payment sum – a matter which has generated rancour and disenchantment among those involved in March, 2020 during the matriculation ceremony which is regarded one of the most sacred academic activity that should never be overtaken by or undertaken pari passu with any other activity.

These, and some others are now being called to the fore to be investigated, according to a member of staff (who asked to be kept anonymous) and familiar with these happenings. To some of these members of staff, a favourite quote from the first address to staff by the Provost easily comes to mind “I am a bus driver who is on a four years trip and any passenger who causes trouble, I will stop and drop him and continue the journey.” Sadly, a fear for witch-hunt hangs over their heads.

In the meantime, however, it is left to see what:

4. Plateau State Government, and/or other relevant stakeholders will do, to tame this developing quagmire, bearing in mind that the presence of FCE Pankshin was intended to be a positive thing for the State (especially) and Nigeria as a whole. And the perpetuity of one man at the helm of affairs must not degenerate towards a collective loss for the Institution as a whole, especially not on the unsuspecting students, whose singular hope is to gain the right knowledge under right circumstances, and go on to become responsible members of our society.

It should be on record, for the benefit of doubt, that this same provost has failed to issue certificates to B.Ed graduates, 2015 set (who graduated in March 2016 due to industrial action). The college issued these graduates ‘Testimonials’ in October 2017 (three years ago) that was after the graduates were denied the opportunity to participate in the mandatory NYSC program for over 18 months after graduation.

The college did not mobilize the set graduates until the graduates approached the National Assembly (Senate) in February, 2018. Not until then, when the Senate Committee on Tertiary Education was mandated by then Senate President, Dr. Bukola Saraki to investigate the matter, as was raised during plenary by Sen. Jonah David Jang. Shortly after the motion was moved, the graduates were mobilized in March 2018 to participate in the NYSC program.

Funny enough, the college deceived this same set of graduates to participate in the June 2018 Convocation which held in the JT Useini Stadium, University of Jos. The graduates were deceived into believing that their certificates are ready and shall be issued to them immediately after the convocation. Two years on (and counting) no certificate has been issued to any of the 2015 graduate of the college. This is really sad!

The most unfortunate situation is that, by end of September 2020, the so-called testimonials issued by the college to the graduates would expire. All attempts to reach the provost by the graduates have proven abortive and unsuccessful.

As it stands, the graduates fate is uncertain. They have been denied job opportunities and even promotions in their places of work. These graduates have been subjected to all sorts of ridicule, embarrassment and disappointments because they cannot present their certificates on request. Truly, their pain and discomfort is better imagined than experienced.

With these ugly situation under the leadership of Amos Bulus Cirfat as provost, it would not be too much to ask for a better provost. Surprisingly, his tenure expires in November/December this year (2020), yet, no advert of the position has been made by the relevant authority(s) to give other competent and qualified persons the opportunity to apply.

For the records, FCE Pankshin is unlike University of Jos where the Vice Chancellor is appointed for a single tenure of five (5) years. In FCE Pankshin, the Provost is appointed for a four year tenure and may be reappointed for another four years, if he apply for the same position and successfully scale through the screening process alongside other candidate(s). However, from every indication, the provost is doing everything possible to ensure that the position is not advertised as that will give him automatic chance to remain provost.

The right thing should be done…advertise the position of Provost, FCE Pankshin.

Written by Affected Graduates of the College.