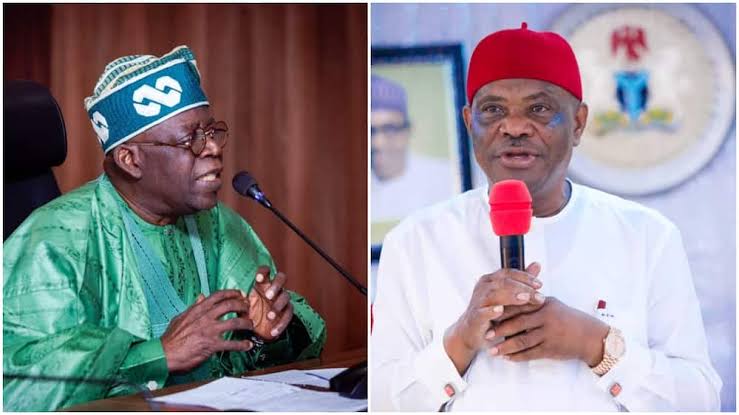 The meeting, held in Europe, is not unconnected with the 2023 general election. Sources close to Wike disclosed that the meeting held in another country other than France.

Tinubu left Nigeria on Monday for Europe on a week break. He is expected in London, as well.

“Yes, we left Nigeria to meet with Tinubu on Monday. We initially thought it would hold in France because that was where Tinubu went the last time he left the country. We however got signal close to our time of departure that we should proceed somewhere else.

“Governors Ortom and Makinde who have been supporters of Wike from the beginning were also on the trip,” the source said.

The source squealed that the meeting was connected designed for the APC candidate to get Wike’s camp support for Tinubu in next year’s election.

“Yes, the discussion was centred on the 2023 election. The Tinubu camp know how important votes from Rivers State are and are looking for how to get Wike to work for them,” he also added.

While it may be hard for Wike to leave the PDP because of some of his followers who are already contesting for elections in the party, the Tinubu camp is expecting him to use his influence in the state to work for them and deliver Rivers State for the APC.

Since Wike lost the Peoples Democratic Party presidential primaries to former Vice President Atiku Abubakar, he has rebuffed moves by party leaders to placate him.

He has also many times threatened many members of the PDP in the state who are loyal to Atiku, closing down some businesses owned by them.

Efforts to also reconcile with him have become hard, as the meetings between his camp and Atiku’s team ended in deadlock. (Adapted from a report by Western Post)