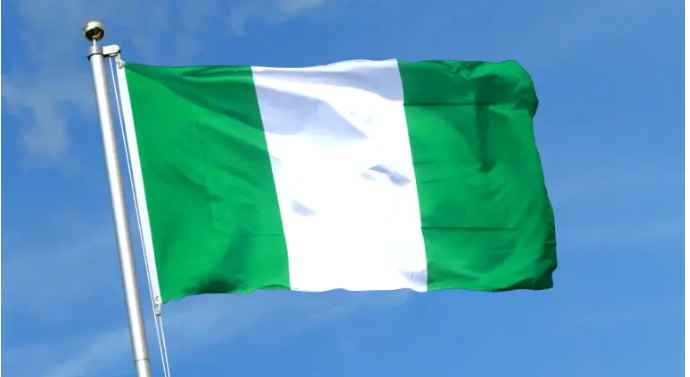 The political formation, which eventually secured Nigeria’s independence, was powered by the ideals of independence and the expectation of Nigerians was that the country’s domestic affairs would be wholesome. However, immediately the independence issue got sorted, her internal socio-political contradictions and gray public administration dynamics became manifest. To put it mildly, things that were hitherto not so clearly observable, even by the political gladiators, were thereafter obvious to the public, especially, the educated Nigerians. The transfer of power was just a ceremony; government’s policy contents and implications on the nitty-gritty of the day-to-day administration became dawned on the people onto whom the power was transferred.

Contextually, Nigerians might have been thinking that, once Nigeria attained independence, it was only a matter of time before she would access non-negotiable, reckoned greatness and enter into the Promised Land, where all things would be bright and beautiful. But then, it is unfortunate that Nigeria’s political trajectory is one of missed and/or messed-up opportunities; nothing but a wholesale fraud! The experiential reality of Nigeria is that of a confused society experimenting at the concept and unclear idea of an independent state. Sad, that so far, the pathway through which leaders emerge in Nigeria is lined with malignant cancerous cells which have for long been left unattended to. So, leadership remains problematic!

Though debatable, Nigeria’s problems as a nation-state have not been unconnected with how to move the country forward. They were not very many; but, while some Nigerians already had advanced knowledge of how the country should run and develop, others were held back by the primitive ideas of their forebears. To them, truncating this age-long mode of living could be likened to a descent into slavery. Jephthah was careless and lost his only child! Needless to highlight therefore the lack of consensus or an agreeable definition of development among the critical mass of Nigerians; even the elite, till date! The level of education or lack of it, across board, has also not helped matters. Ability to interpret and process information for the use of the country’s handlers is also at its ebb.

Well, while it is easier to blame the government or third party, it becomes a different ballgame entirely when one is saddled with the responsibility and the power to execute government policies. So, issues like differences in ethnicity, religion, culture and differential geographical locations not only became manifest, post-independence; they also constituted the fault lines in Nigeria’s geopolitical space. Perhaps, they remain the topical issues till tomorrow!

Take the Hausa culture as a case study! A section of the North never forgave the late Obafemi Awolowo for attempting to introduce western education to the region. Awolowo was already going on the path of Lin Kuan Yew by making education free and compulsory in the then Western Region. Depending on how buoyant the economy was, he had wanted education to be free up to the university level. In his view, the sane option was to train all, regardless of tribe, religion, or gender; because today’s untrained children were most likely to become the future’s serious liability. Whereas the novel idea was embraced in the Western Region, the Northern Region drove Awolowo away with his Free Education and allied ‘jargons.’ With the helpful knowledge of hindsight, is it any wonder that almajirai still thrives in parts of the country, decades after independence? Had we trekked this now-lost path, wouldn’t the country have long overcome the basest challenges that have now paralysed its faith? And, if we may ask, can there be any meaningful development without education?

It is interesting to note that majority of Nigerians still cling to the hope that dear country would develop. Why did I say so? It was a tug of war among the regions before the leaders could agree that there should be independence. As fate would have it, the region that welcomed it the least is the region now enjoying the benefits therefrom the most. Come to think of it, immediately Awoism was removed from the system of government, Nigeria began to retrogress. Even, in the Southwest, our pride as the economic powerhouse and epicentre of civilization for the country began to wane. A peep into WAEC results in the last five or six years would confirm how backward the zone has become in its much-touted prowess in education because the status enhancement, hitherto attached to it in this part of the world, has taken flight. Since the leadership is insensitive to anything, the pursuit of excellence via education no longer has any meaning. So, all the efforts of leaders like Awolowo have become redundant!

I have argued elsewhere that Nigeria’s major challenge is the absence of leaders with known aggressive pursuits towards knowledge, innovation and/or development. On December 31, 1983, the Buhari/Idiagbon regime identified gross indiscipline and corruption as the main reasons for Shehu Shagari’s ouster as Nigeria’s president. In replacement, the junta cheerfully tormented the county with military fiat even as Nigerians hailed the ‘timely’ intervention. But the regime was soon to be accused of high-handedness, especially by Ibrahim Babangida and his gang who put a balm, albeit, temporarily, on the accusation and whetted the appetite of the bureaucratic machinery with subversive generosity and populist rhetoric to the admiration of Nigerians. But the ‘evil genius’ would soon betray his colour! Sani Abacha rode to power on the anvil of Nigeria’s ‘imminent collapse.’ He reduced the pump price of the premium motor spirit, pms, and Nigerians clapped into high heavens! But, by the time the apple reportedly dealt him a cruel and decisive blow, Sani had looted the treasury blind! Welcome Abdulsalami Abubakar, the reluctant Head of State! He was wise and calculative. For obvious reasons to boot, he never rocked any boat. Instead, Abubakar ran a calculatedly-permissive administration with all the perks to his kitty, until he, too, went his own way.

Those who understand the game of power would admit that Nigeria’s democratic experience is like a statue – with neither functional hands nor useful legs. Like butterflies, in search of nectar, the same old guards have been repositioning themselves at the expense of the masses. The same Alhaji Samanja Tumbuleke who contested in the parliamentary election of December 12, 1959, was refurbished and resold to Nigerians as ‘the man to beat’ during the Second Republic. He came back as the gubernatorial hopeful in 1992; and was a Senatorial top-notch in 2019. Elsewhere, one leader leaves office and replaces himself with his son. But, so far, it’s been a repeated circle of circus – same old story! We keep on doing the same thing, the same way, repeatedly, all the time; still, expecting different results. How do we expect Nigeria to overcome her challenges?

This is the Year 2022! Disappointingly, we are still in the business of hoping to develop. Nothing has changed. Ours is leadership without conviction! Due to the lopsided social status structure and its debilitating effects on social interaction, the masses work for the leadership; not the other way round. Added to these is the culture-induced feudalism which makes the leadership to consider the mass of the people as mere subjects, not citizens with constitutional rights. So, where do we go from here and how do we make Nigeria a country for all? Since we have imposed upon ourselves a sociocultural value which we want to uphold at all costs, isn’t it a matter of time before Nigeria self-repudiates?

May the Lamb of God, who takes away the sin of the world, grant us peace in Nigeria!