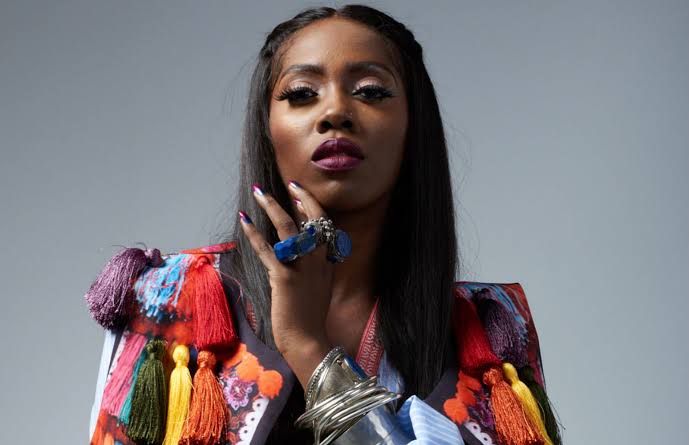 In a video making rounds on the internet, the artistes could be seen exchanging words, cursing each other and almost going physical save for the timely intervention of other patrons at the salon.

The long-standing rivalry between Nigerian pop stars, Tiwa Savage and Seyi Shay, took a different dimension on Tuesday when they finally engaged in a skirmish at an upscale salon in Lekki, Lagos.

In a video making rounds on the internet, the artistes could be seen exchanging words, cursing each other and almost going physical save for the timely intervention of other patrons at the salon.

Their confrontation began when Seyi Shay walked up to Tiwa Savage to say “hi” to her but it didn’t go down well with the latter.

But Seyi Shay told her to get her facts right before accusing her of any wrongdoing.

She also said she won’t disclose the matter in public. “I’m not petty.”

Tiwa went on, “I don’t want to say anything, I’m not going to respond to this, I don’t want to disgrace you or embarrass you. You are wrong, I don’t think you guys can do what you did.

Tiwa also insisted that her colleague “open” the matter in public while she swore by her son that she had no bad intention against her and Ms Kimani.

“You and Kimani made a “whole song” and went on interviews to say “shits” about me, yet I didn’t respond, ” said Ms Savage.

The pair called each other unprintable names and it took the intervention of the owner of the salon who held Ms Savage to prevent a brawl.

The genesis
The disaffection between both artistes probably started in 2015 when Seyi Shay was unveiled as Pepsi ambassador while Tiwa was still an ambassador of the same brand.

At the time, Tiwa was asked in a radio interview to share her thoughts about Seyi Shay joining the brand.

She replied, “You are so…ugh… having an interview with this girl is crazy. See I knew you were going to drop this in anyways, everybody has heard!”

Tiwa’s response did not go down well with Seyi Shay who reacted in a now-deleted post saying, “Go listen to the audio, it hurts.”

Explaining her reason for deleting the post, she said “people are now talking about things and people that have nothing to do with me. In reality, I don’t care. I live my life; mind my business and I am having fun with it. People should not be so concerned with the issues in this industry.”

Two years later, Seyi would later reignite their long-standing beef by recording a diss track against Tiwa. The track was her own version of

Kizz Daniel’s #FvckYouChallenge and among other things she called her colleague several derogatory names.

She also accused her of “selling pussy” and the latter of stealing her lyrics without credit. Seyi Shay incurred the wrath of Tiwa’s fans for that action. 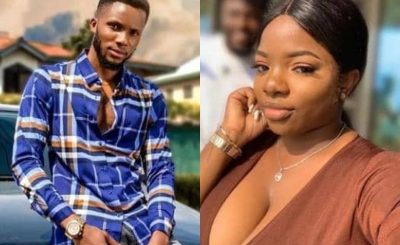 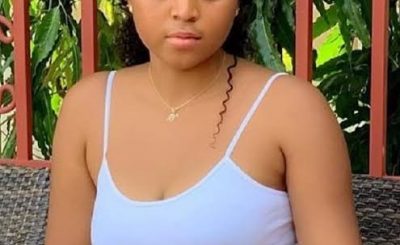 Am jolaadura an entertainment journalist who is concerned about trending news and lifestyle reach me via pat Tricia on Facebook. Am into birthday surprise, bringing smiles on people's faces is my aim.
View all posts by Jolaadura Oloyede →