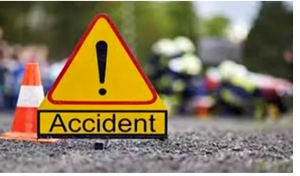 The Federal Road Safety Commission (FRSC) in Osun, said one person died on Saturday on Ilesha-Ife Road when a vehicle lost control and crashed.

FRSC’s Public Enlightenment Officer in the state, Mrs Agnes Ogungbemi, said in a statement in Osogbo that the accident happened at about 8:20 a.m.

Ogungbemi said that while the driver of the Toyota Camry car died on the spot, three other occupants in the vehicle were unhurt.

She attributed the accident to loss of control by the driver.

According to her, the body of the dead driver, identified as Mukaila Ibrahim, had been deposited at Wesley Guild Hospital Morgue in Ilesha.

She said that the driver of the bus sustained serious injury from the accident.

According to her, FRSC rescue team rushed the driver to a private hospital in Ipetumodu for treatment.